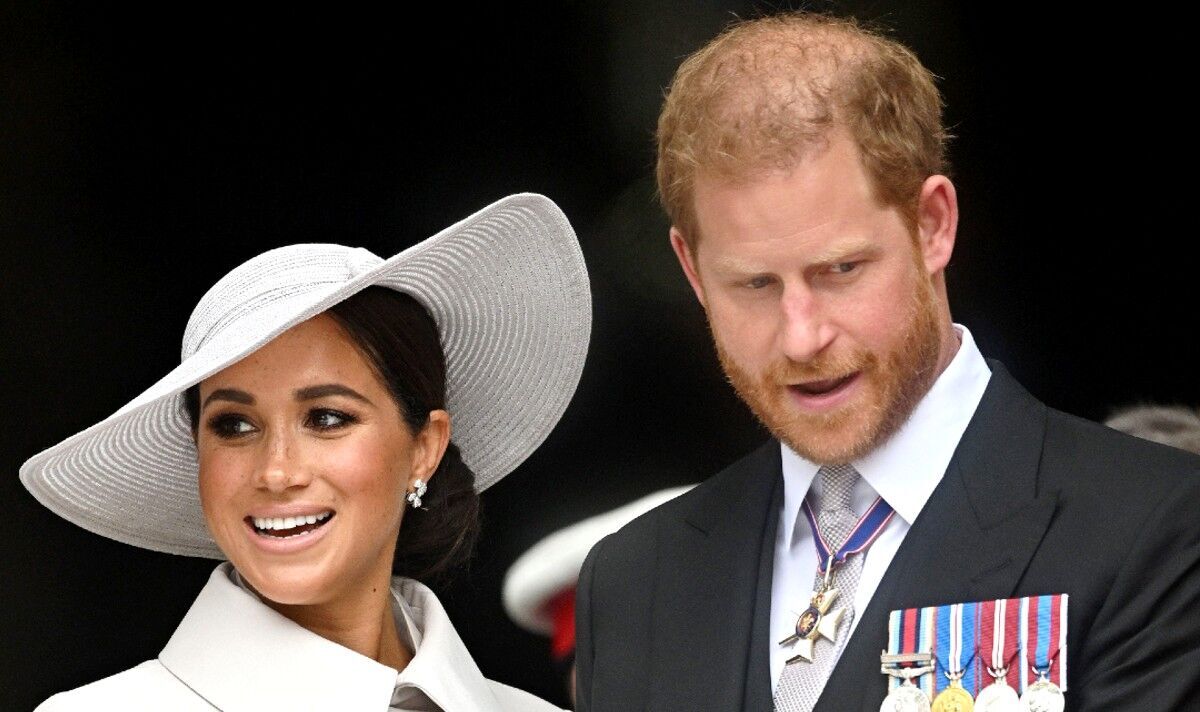 He explained: “Originally they wanted to step back, not step down.

“Obviously they’re not performing royal duties but they are members of the Royal Family even though they no longer use their HRH (His/Her Royal Highness) titles.”

However, Mr Fitzwilliams said that the couple’s standing in UK public opinion has “dropped phenomenally” as a result of “damaging” interviews in the media.

He said: “We’ve had Oprah – we know how damaging that was and there have been a large number of interviews that they have given about the Royal Family, to say nothing of Harry’s upcoming memoir.

“What has happened during this period is that their ratings have dropped phenomenally.”

The commentator added: “Their popularity has plunged in Britain.

“They know when they appear that they are at war with the press here, it’s rather like venturing into the lion’s den now because you’ve got the public who are not supportive and you’ve got the press who are ferociously against them – and then you’ve also got the royal family where there’s a rift.”

A YouGov poll published in May saw the couple’s approval ratings drop to an all-time low, with Meghan being viewed negatively by 63 percent of adults surveyed.

She had a -42 net approval rating.

Harry also saw his ratings drop to a -26 net approval rating, with 58 percent of people saying they viewed him negatively.

READ MORE: Harry and Meghan have ‘no plans to see William and Kate’ on UK visit

Another, Rikdidi (@Rikdidi2) said: “Wonderful couple. Loving them more and more.”, while Anne (@DivinelyMeghan) added: “Wonderful news! They will do an amazing job, and inspire so many! They make a great team”.

Their upcoming visit will be the Sussexes’ first trip to the UK since the Queen’s Platinum Jubilee in June.

Announcing the trip, a spokesperson for the couple said: “Prince Harry and Meghan, The Duke and Duchess of Sussex are delighted to visit with several charities close to their hearts in early September.”

Mr Fitzwilliams told Newsweek that a family reunion during their UK visit would be “unlikely, but one can never second guess Harry and Meghan.”

Meanwhile, royal author Phil Dampier said the couple might “pop in for a chat” with the Queen, if she requests a meeting.

He told the MailOnline: “Whether [Harry] meets the Queen will probably depend on her.

“If she tells them she wants to see them I’m sure they will pop in for a chat.

“I’m sure she would hope the relaxed atmosphere there would be more conducive to talking things through and trying to solve the problems they all face.

“Meghan won’t like the hunting, shooting and fishing environment of the Highlands but the Queen would feel much more comfortable meeting them there rather than a rushed meeting in London.”