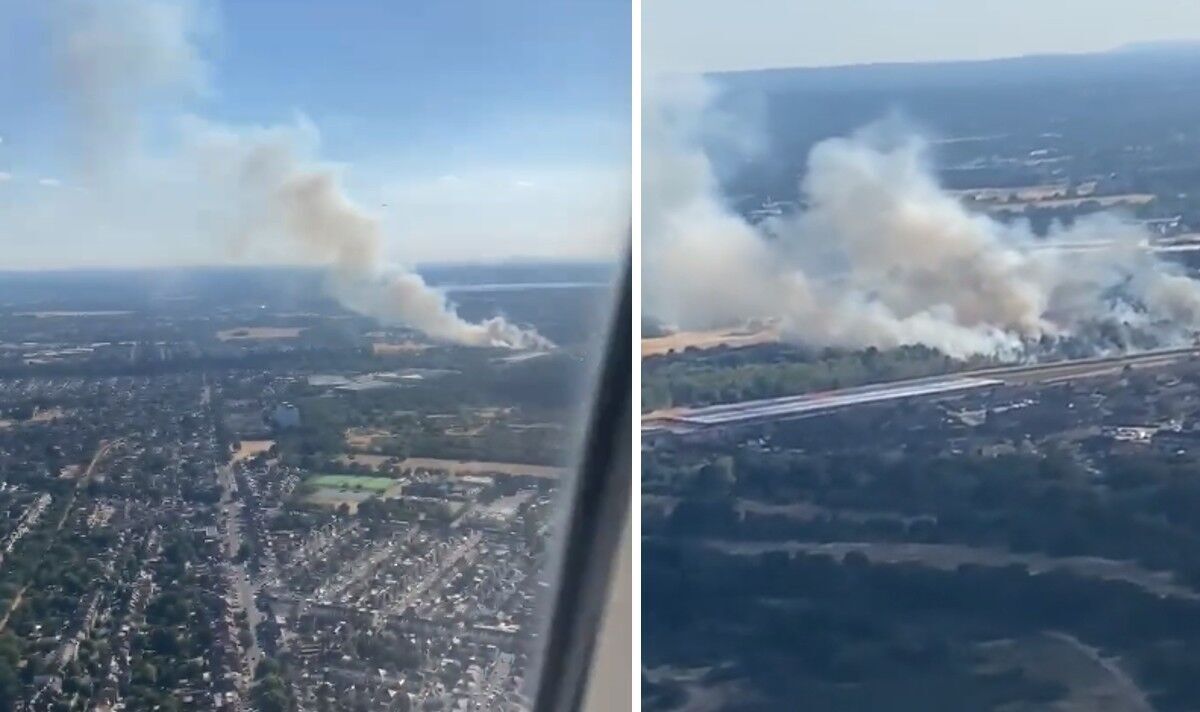 Around 70 firefighters from the London Fire Brigade (LFB) have been drafted in to tackle the ravaging flames on Hereford Road in Feltham this afternoon. A Sunday Times bestselling author took to Twitter with footage of the blaze as he landed at the UK’s biggest airport at around 5pm.  Robert Harris said: “Coming in to land at Heathrow just before 5pm today. The scorched fields. The fire!” Fire officials say undergrowth, trees and decking at the back of properties on the road are alight.

One person nearby videoed the thick black smoke from the ground.

She said on Twitter: “You are all so brave London Fire Brigade, thank you for all you do.”

Chatting to other users, she described the flames going up quickly but claimed crews had worked hard to “get it under control.”

The Metropolitan Police branch in Hounslow also confirmed its officers were helping at the scene.