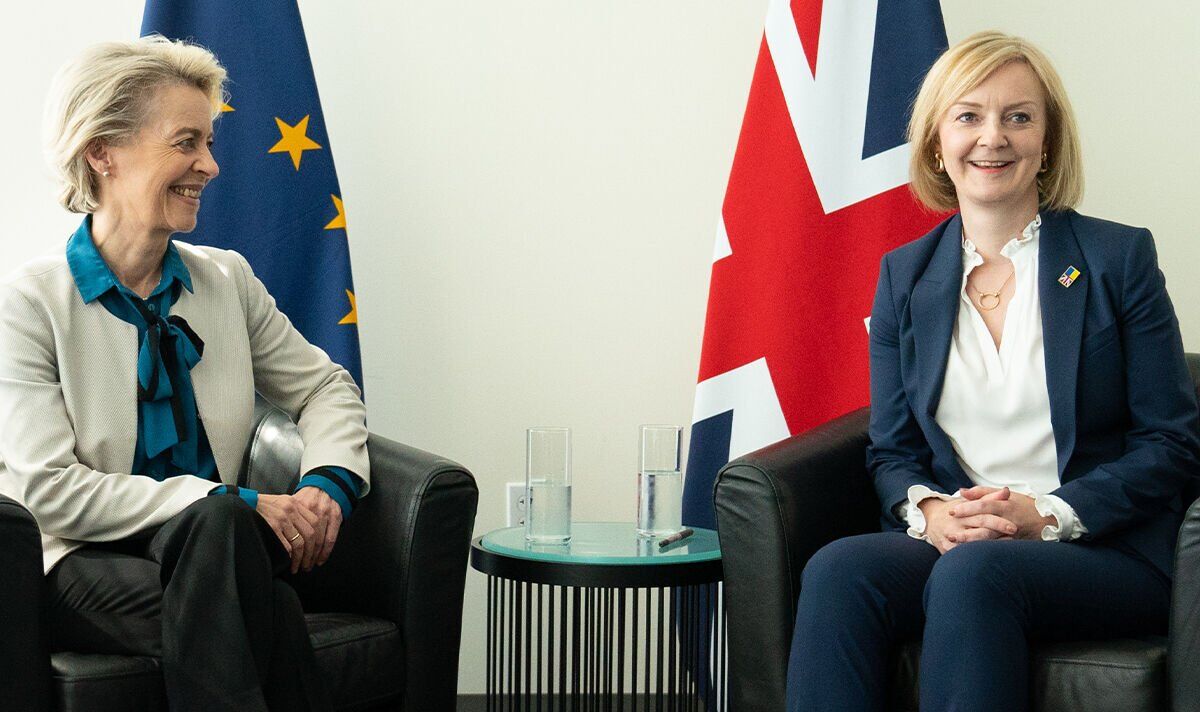 Liz Truss and European Commission President Ursula von der Leyen put Brexit talks to one side today as they urgently discussed Vladimir Putin’s escalating rhetoric of war. The two leaders met on the sidelines of the United Nations General Assembly.

It is the first time Ms Truss and Ms von der Leyen have met since the UK politician took over from Boris Johnson as Prime Minister.

Frictions over the Northern Ireland Protocol, which have dominated the relationship between the UK and EU post-Brexit, were planned to be high on the agenda.

However, a read-out on the meeting made only a fleeting reference to the row as both leaders vowed to work together on tackling Russian aggression.

He also made a thinly veiled threat about using nuclear weapons, warning the West that Russia would respond with the might of all its vast arsenal if it continued what he called its “nuclear blackmail”.

In an unusual joint statement, issued as a sign of unity, Ms Truss and Ms von der Leyen said Putin’s invasion of Ukraine was failing.

“They strongly condemned Russia’s actions in Ukraine and agreed that Putin’s recent calls to mobilise parts of the population were a sign that Russia’s invasion is failing. It is a statement of weakness.

The show of unity came after an awkward exchange at the start of the meeting.

“It’s very nice to see you,” the Prime Minister said. The European Commission president only gave a slight nod and smiled in response.

The pair sat smiling for the cameras before the media was asked to leave the room for discussions to take place behind closed doors.

Speaking after the meeting, Ms von der Leyen said she had a “good discussion” with Ms Truss on relations between the UK and the EU.

The decision not to focus on Brexit in the bilateral meeting came despite the Prime Minister vowing to quickly tackle the problems caused by the Protocol now she was in No10.

Speaking in the House of Commons on her second day in the job she said: “We need to resolve the issue of the Northern Ireland Protocol.

“My preference is for a negotiated solution, but it does have to deliver all the things that we set out in the Northern Ireland Protocol Bill.

“What we cannot allow is for this to drift, because my number one priority is protecting the supremacy of the Belfast/Good Friday Agreement.”