Skip to content
HomeNews‘Let them through’: William’s kind gesture to Harry and Meghan at Queen’s funeral 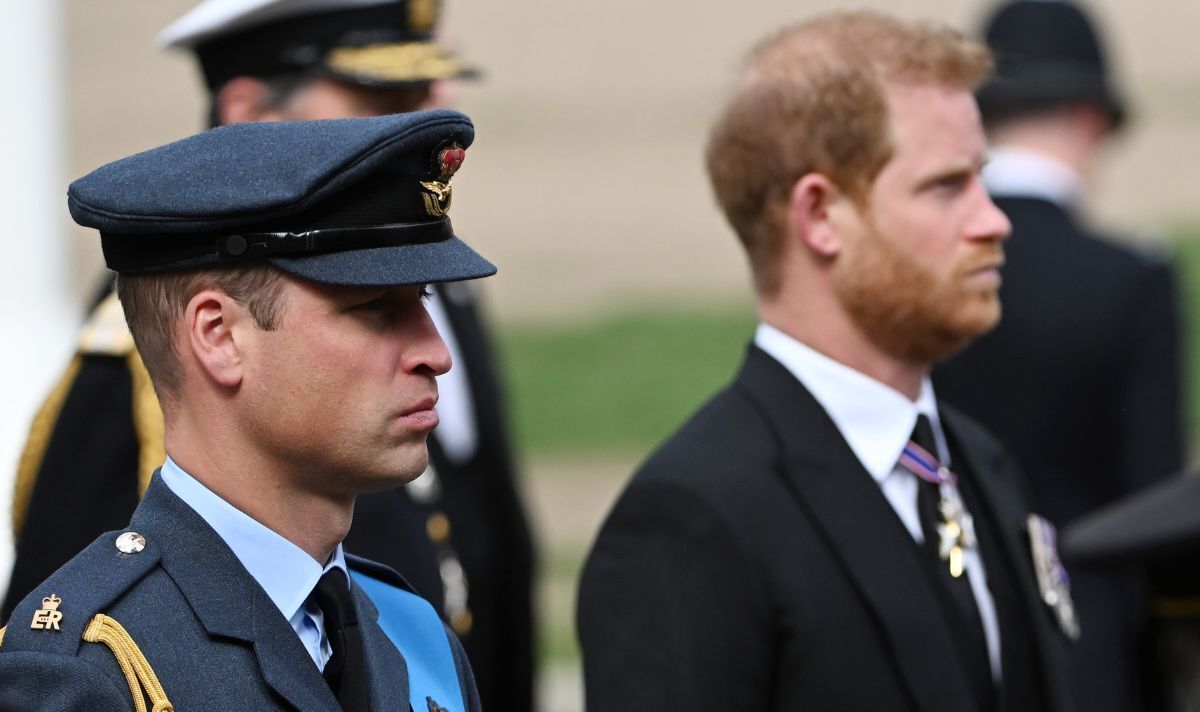 A kind gesture from Prince William towards Prince Harry and his wife Meghan Markle during Queen’s funeral has been detailed by a lip reading expert. Jacqui Press spotted the royal brothers in a brief conversation at around 4.20pm on Monday as they prepared for the service in St George’s Chapel on the grounds of Windsor Castle. This was taking place just hours after around 2,000 people attended Queen Elizabeth II’s state funeral at Westminster Abbey in London.

During the committal service later in the day, William appeared to let Harry and his wife Meghan Markle go in first to the pew as the heir-to-the-throne stepped aside for the Duke and Duchess of Sussex.

As the Prince of Wales was standing at the entrance of the front pew, Harry asked him: “Shall we go through first?”

MailOnline reports that William then turned to his brother and nodded in agreement, before telling his wife the Princess of Wales: “Let them go through first.”

Kate Middleton said “OK” before Harry and Meghan walked past her, Prince George and Princess Charlotte to take their seats for the service.

Later in the service at St George’s Chapel, the Duke of Sussex also shared a sweet moment with his niece Princess Charlotte as they sat near each other.

At one point, Harry gave a touching smile to seven-year-old Charlotte, who is known in the Royal Family for being outgoing and determined.

On the afternoon of September 10 – two days after the death of the 96-year-old Queen – the Duke and Duchess of Sussex joined William and Kate to look at the tributes and flowers left outside Windsor Castle.

The quartet walked from the royal residence together while also waving, greeting and speaking to hundreds of well-wishers.

“Harry had been losing the struggle with his emotions during the entire service, dabbing at tears and often throwing what looked like intense stares across at his brother with an expression of sadness of his face.

“This look of sadness seemed to intensify during the singing though. His mouth almost stopped moving as he came to it and there was no real shaping of the lips around the word “King” as though he might still be in denial.

“His brows knitted and puckered and when his mouth closed, the corners seemed to pull down.”

King Charles III was also spotted struggling with his emotions during the national anthem at the Queen’s committal service, blinking rapidly, and biting his lip.

Ms James said each time he appears to have struggled to hold the tears back and on this occasion he “sucks his lower lip in to apparently chew it” in what she describes as a “minor ‘self-attack’ ritual to stop tears flowing.

She told Metro.co.uk: “For Charles, the anthem seems to be the definitive message that his mother is gone and that he is now King.

“It will be the first few times that he has not sung it and it must be a dramatic and emotional moment.

“Each time he has appeared to struggle with his emotions and this time we can see his eyes looking damp as he sucks his lower lip in to apparently chew it.

“This minor “self-attack” ritual could be an attempt to prevent any tears from actually flowing.”