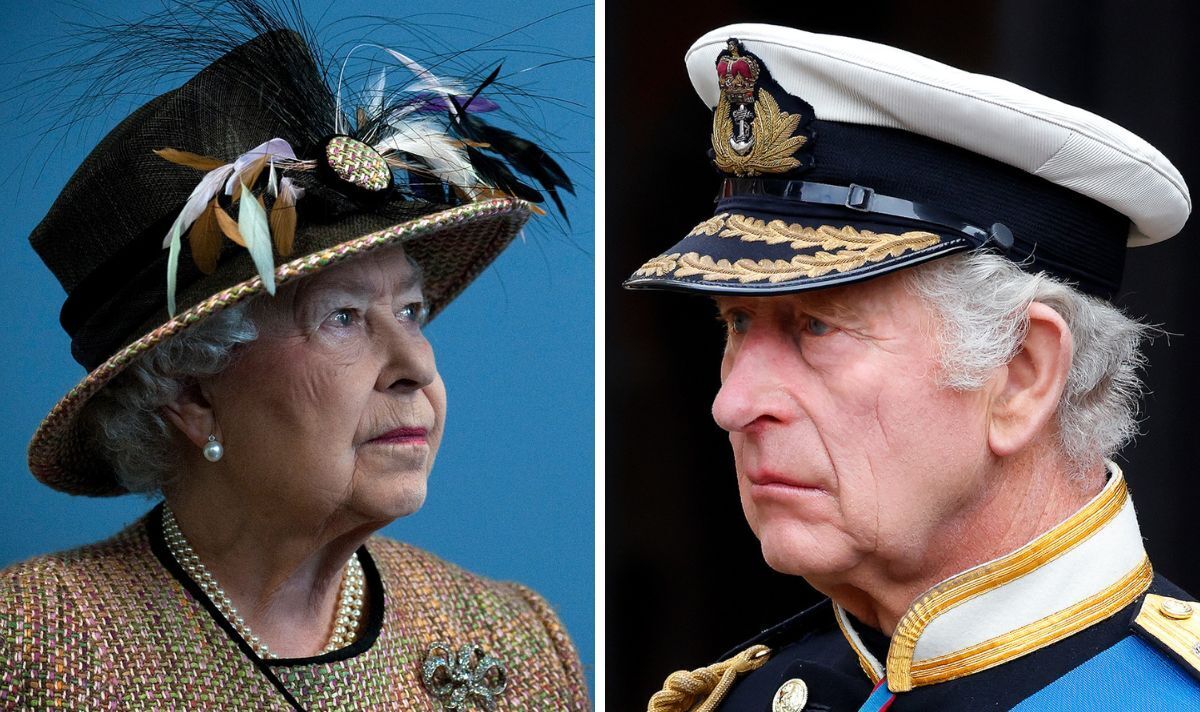 On September 19, Queen Elizabeth II’s state funeral took place and she was finally laid to rest next to her husband of more than 70 years, Prince Philip, at St George’s Chapel, Windsor. Her son and new Monarch, King Charles III looked on in sorrow. The King has now travelled to Scotland, accompanied by the Queen consort, his wife, Camilla, as the Royal Family observes a further week of mourning. While grief continues to ripple through the country, attention is now turning to what the future holds for the British monarchy with a new King at the helm.

King Charles III was four years old when he watched his mother’s coronation, but as heir apparent, he has anticipated becoming King his whole life with his own coronation due to take place next year.

When meeting the Prime Minister, Liz Truss, the King said: “It’s a moment I’ve been dreading as I know a lot of people have. But we’ll try and keep everything going.”

Speaking on the podcast, Born to Rule: When Charles Is King, published before Her Majesty’s death on September 8, journalist Keir Simmons and NBC royal commentator Daisy McAndrew discussed the “tsunami” the King now faces at the age of 73.

Ms McAndrew said: “Charles doesn’t have any of that ‘good will’ going into this job that [Queen Elizabeth II] had.

“Can you imagine if you’d been the bridesmaid and never the bride for your entire life… most people would consider thinking about retirement or even [be] retired in [their] Seventies and you haven’t actually achieved your main job.

“It’s an extraordinary position to be in.”

The Queen’s death has signified an end of an era that could send ripples around the world, and change how countries view its relationship with the Monarchy. ITV news reported just moments after Charles III was pronounced King of Antigua and Barbuda, the Caribbean Prime Minister, Gaston Browne, announced that a referendum on becoming a republic would be held within the next three years.

Earlier this year, Kenya petitioned for reparations from the British royal family and towards the end of last year, the Barbadian monarchy was abolished after 55 years.

READ MORE: ‘King Charles does not have that instant recognition’ Royal historian

Ms McAndrew said further changes face the Monarchy as King Charles III will want to do things differently than his late mother.

It has been reported that the King wants the law amended so that Prince Harry, Princess Beatrice, and Prince Andrew would be relieved of their duties as stand-ins for the sovereign if he is indisposed.

It is thought King Charles III will be taking a firmer stance on Prince Andrew with royal expert Tina Brown claiming his royal future is now over.

DON’T MISS: Harry and Meghan need to return to Royal life, claims expert [ANALYSIS]
Meghan and Harry to leave UK ‘almost immediately’ after funeral [REPORT]
Parted from her crown for the final time – inside the Queen’s ceremony [INSIGHT]

Unlike the Queen who kept her opinions to herself, as Prince of Wales, King Charles III has been vocal about matters such as the environment, something he has said keeps him up at night worrying, as well as and humanitarian crises.

However, in an interview with the BBC in 2018, he said he is not “stupid” and would not campaign for issues, adding: “The idea, somehow, that I’m going to go on in exactly the same way if I have to succeed, is complete nonsense because the two situations are completely different.”

Ms McAndrew said it is these first few weeks following Her Majesty’s death that are “incredibly important” for the new Monarch as “one wrong move could change everybody’s impression of him”.

However, during the ten days of national mourning, King Charles and Prince William met some of the 250,000 mourners who queued to pay their respects to the late Queen lying in state to cheers and applauses from the crowd.

The Queen’s death will make the nation reflect and “open to conversations we didn’t think we were ready to have”, prophesised Ms McAndrew, speaking in May this year.

She added: “I’m not saying we’re going to turn into a Republic, I’m not saying that at all, but I think the shock is going to be much deeper and much more widely felt than is realised.”