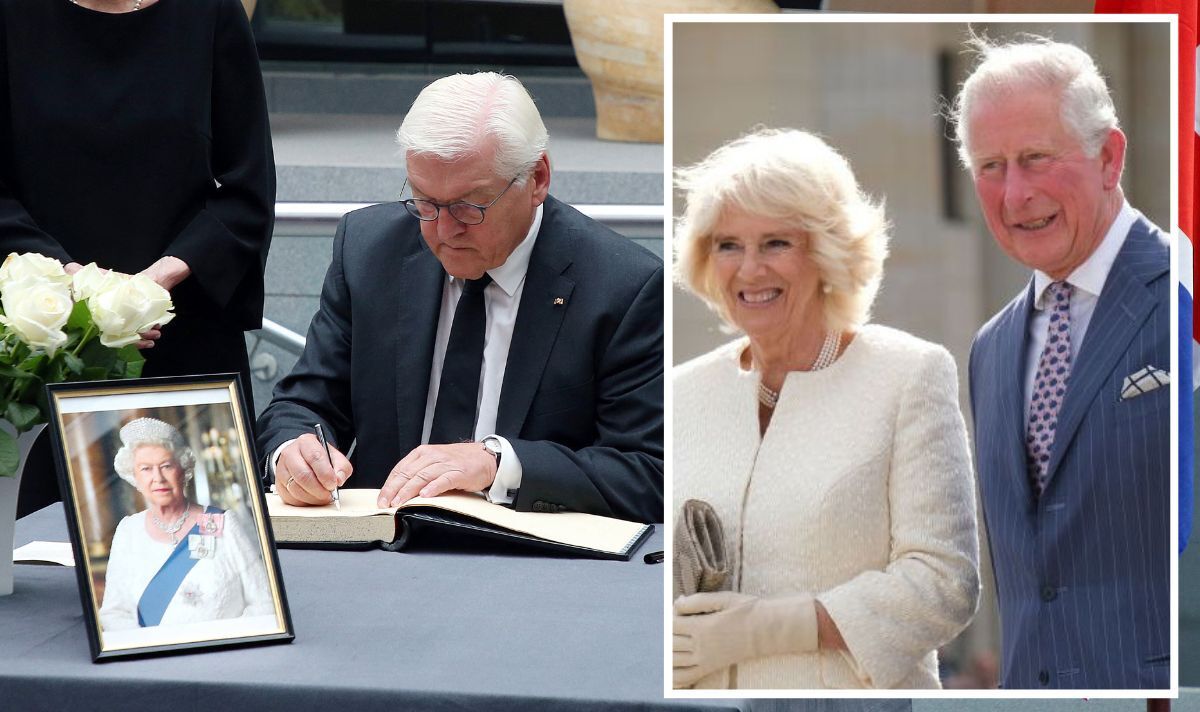 King Charles is expected in Germany in the near future. President Frank-Walter Steinmeier said the monarch told him he would be visiting “soon”, speaking after Queen Elizabeth II’s funeral. The President told TV station ZDF: “I am confident that he will not only remain interested in Germany, but will also underline this interest with a visit.”

The President also said: “When we spoke on the phone last week and I offered the sympathy of the Germans after the death of his mother, I referred to his many visits to Germany and of course also said that we would like to see him in his new function (…) in Germany as well.

“Last night, when we met at the reception, he immediately referred to this conversation and said he would make an effort to come.”

Mr Steinmeier is in the UK for the Queen’s funeral and attended an event held at Buckingham Palace on Sunday evening.

The King is said to be a big fan of Germany and has spoken German in public before.

The sovereign has visited Germany 30 times while he was still the Prince of Wales, but is yet to visit as the King.

One German news site said it is “often underestimated how much he has done for German-British relations”.

After attending the funeral at Westminster Abbey this morning, Mr Steinmeier said he was impressed with the service.

He added: “I have the impression that it was exactly what people wanted.”

King Charles was last in Germany with wife Camilla, now Queen Consort, in 2019 when the pair toured Berlin, Leipzig and Munich while in the country.

The royal couple also attend a number of cultural engagements and met with local political leaders.

Charles met with the German President at the presidential Bellevue Palace in Berlin.

The two reunited at the state reception last night which was attended by a number of political leaders from across the world.