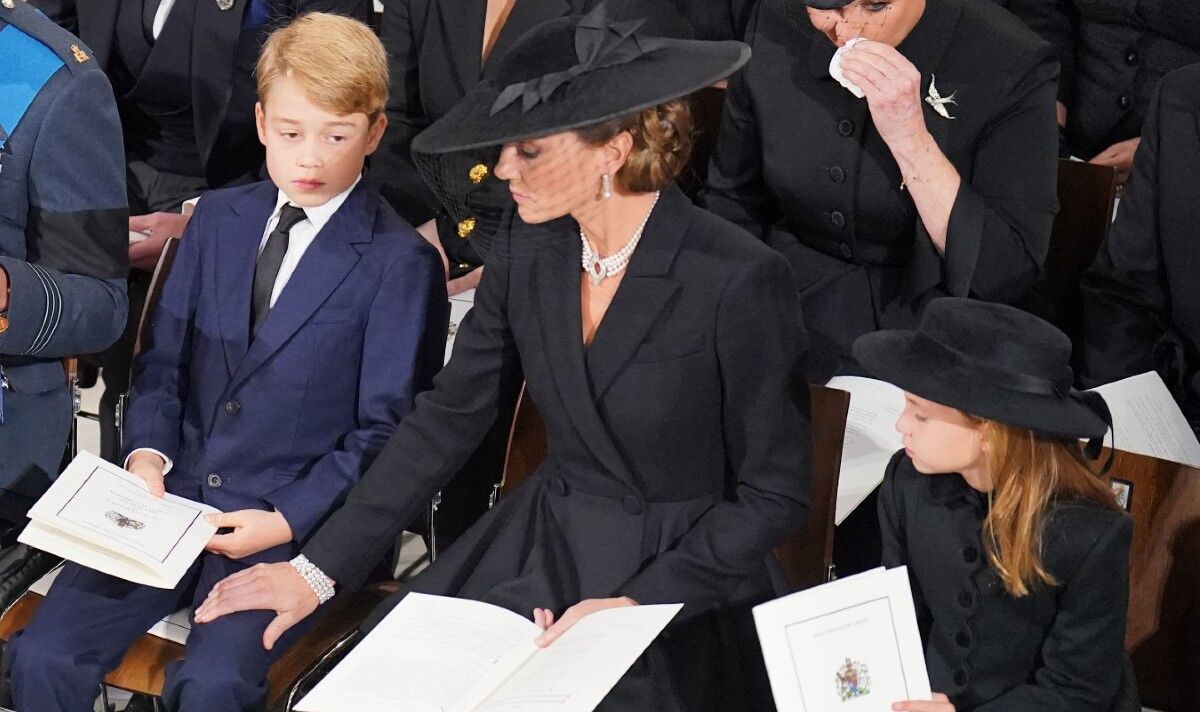 George and Charlotte were the only of the Queen’s great-grandchildren to attend the funeral.

Their younger brother Louis, four, did not attend.

Nor did Harry and Meghan’s children, Archie, three, and Lilibet, one.

The Queen’s coffin, which had been lying in state for four days at Westminster Hall, was taken by pallbearers to be placed on the Royal Navy State Funeral Gun carriage just after 10.30am.