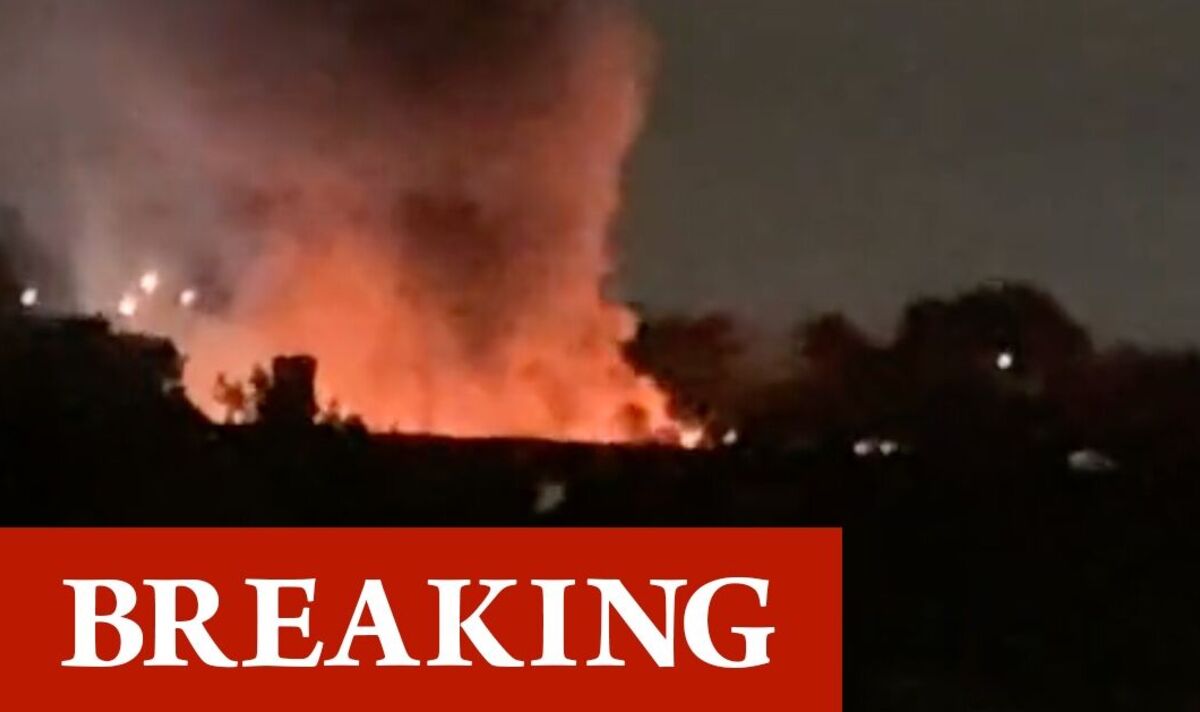 Twenty fire engines and around 125 firefighters arrived at Fowler Road in Ilford after London Fire Brigade was called about a blaze at three two-storey warehouses at 9.07pm. Firefighters were still dealing with the blaze at around 11pm, according to an update posted by the capital’s fire service on Twitter.

Residents have been advised to keep their doors and windows shut due to smoke.

Fire crews from Romford, Dagenham, Ilford, Woodford and stations in the surrounding area have been mobilised to tackle the fire.

However, London Fire Brigade does not yet know what caused the blaze.

Ilford North MP Wes Streeting thanked firefighters for their work in attempting to tackle the blaze.

JUST IN: Short-staffed Met police ‘fails victims and its own officers’

Writing on Twitter, the Shadow Health Secretary said: “Huge thanks to the London Fire Brigade for their response to the fire on the Hainault industrial estate.

“I hope that no one is hurt and that everyone is safe.”

Some local residents have also shared footage of the blaze on social media.

Kirsty Wood, 33, who lives in nearby Chigwell, shared her eyewitness account with Express.co.uk.

“The smoke and flames are really high.”

Vicki Webber, 46, from Ilford, also said: “I live about five minutes from the industrial estate and could smell the smoke and see if from outside my house.

“I was on my way to the shops and drove past and that’s when I saw the fire engines that had just got there.”

“We could hear what we thought was fireworks but apparently someone said it was the asbestos on the roofs but I don’t know how true that is.”