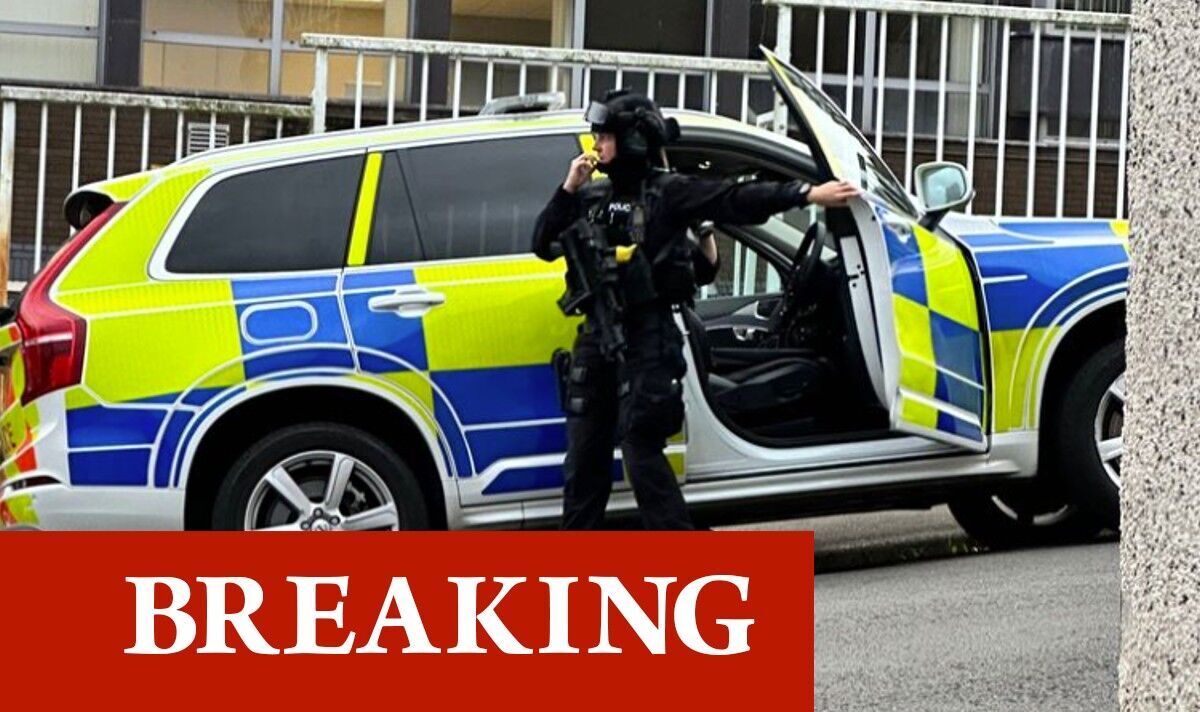 Two people have been injured following an incident in Pontypridd, Wales, this evening. Armed police were called to the Albert Road area of the town centre shortly before 6pm on Thursday. The exact details of the incident are currently unknown. Images show an officer exiting a police vehicle in a helmet, equipped with a machine gun.

Another image shows an officer carrying a machine gun inspecting a grey car.

He is joined by two other officers, one wearing blue gloves.

According to a member of the public who was in the area at the time, an alleged attack took place in the area.

Wales Online reported that an eyewitness said they saw a shirtless man being spoken to by police.

The Welsh Ambulance Service has confirmed they were called shortly after 6pm.

They sent two emergency ambulances and a paramedic in a rapid response car. Two people were taken to hospital.

There are no details currently on the extent of their injuries.

South Wales Police has been approached for comment on the incident.