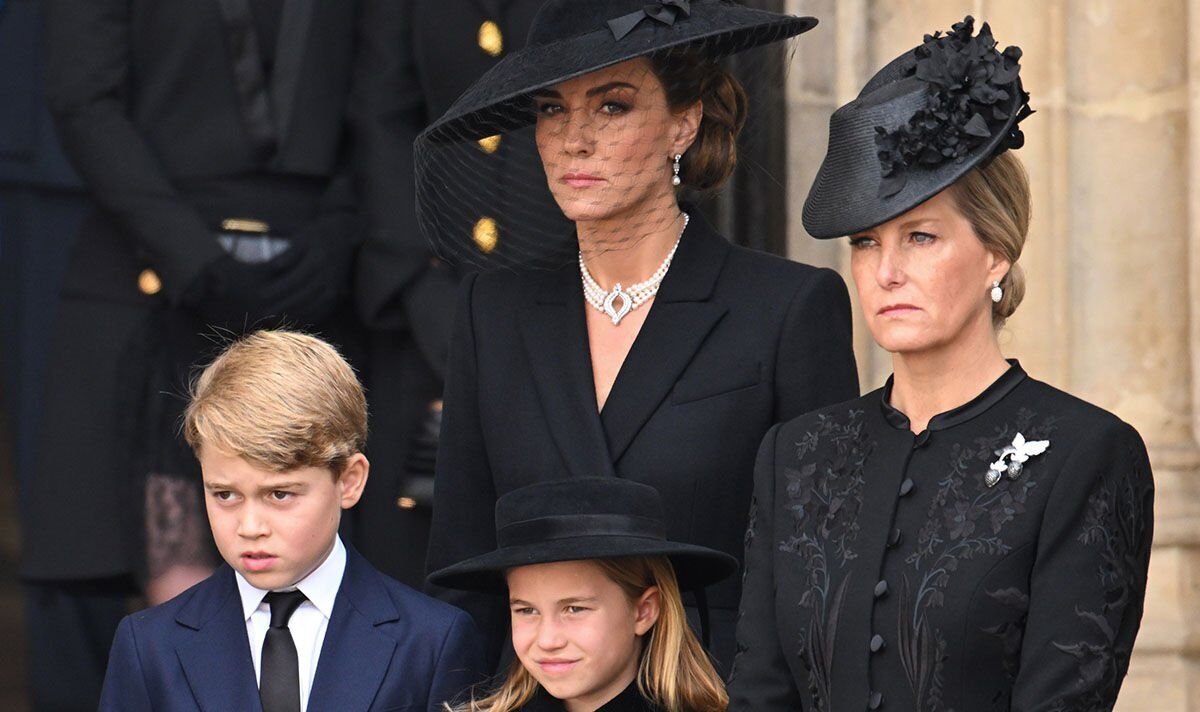 The two siblings were apparently taken by surprise when their family curtsied and bowed to the Queen’s coffin.

George and Charlotte were watching the procession, with the Queen’s coffin passing by.

But when Charlotte noticed the Countess of Wessex was curtsying, she immediately followed in her steps and curtsied as well.

George, for his part, bowed only after his sister curtsied.

Twitter users applauded the siblings for doing their best to comply with the royal protocol.

Lady Mandi said: “Charlotte and her little curtsy’s are the cutest thing I’ve ever seen.”

Rhoda Nielson said: “Love how Charlotte looks at Sophie and follows her lead.”