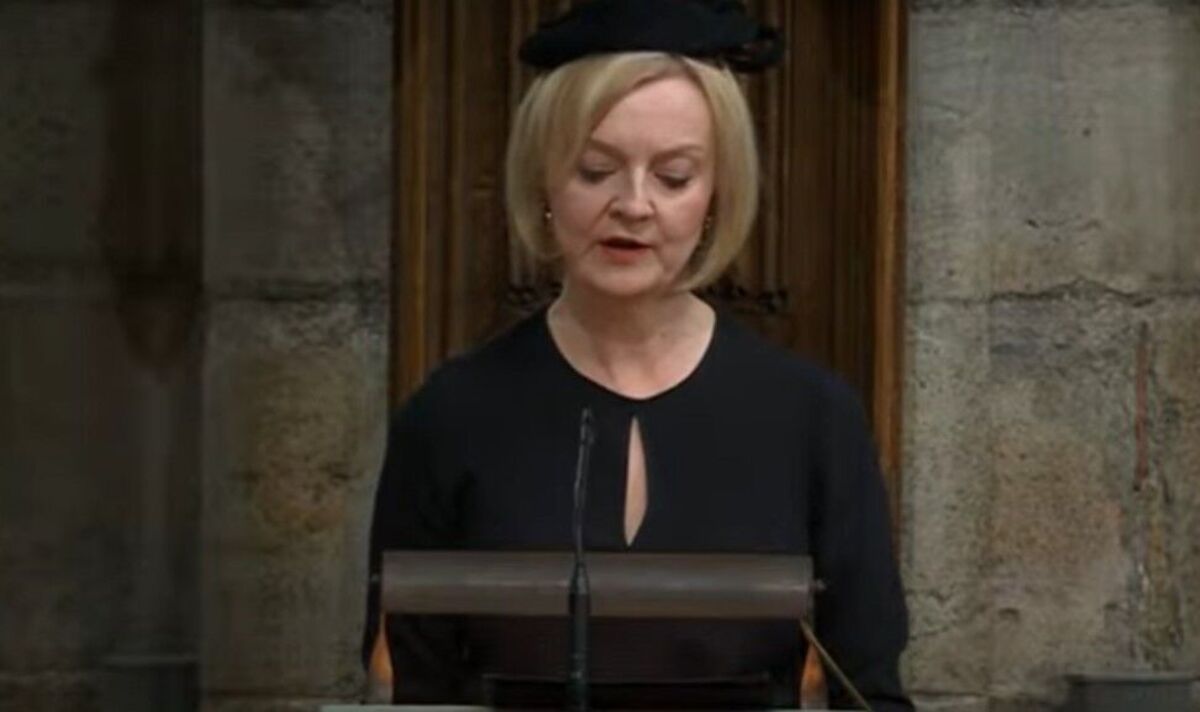 Liz Truss was mistaken for a “minor Royal” ahead of giving a reading at the late Queen Elizabeth II‘s funeral.

The Prime Minister, who has only been in office for two dramatic weeks, is still getting to be known by the world and the blunder was made by an Australian TV channel.

As the Prime Minister entered the cathedral, Channel 9 presenters Peter Overton and Tracy Grimshaw were left confused when Ms Truss stepped up to give a reading from a letter of St Paul to the Romans.

“Who’s this?” Grimshaw asked, with Overton theorising: “Hard to identify. Maybe minor royals? Members of the– I can’t identify them at this point.”

She added: “We can’t split everyone up, unfortunately. They could well be royal dignitaries, it’s hard to see.”

But Overturn then got a message from his producer.

He said: “I think we are now getting to the pointy end, as they say of the– I’m just told that was Liz Truss, the new prime minister, in the distance that we could see.”

The new Prime Minister visited Balmoral in Scotland shortly after Boris Johnson, the 14th of the Queen’s realm to be asked to form a Government after winning the leadership contest against former Chancellor Rishi Sunak.

Because the weekly conversations between Monarch and Prime Minister are always kept confidential we may never know what words were exchanged between Ms Truss and Her late Majesty.

But with an energy and inflation crisis to tackle in her first 48 hours as well as appointing new ministers followed by the sudden death of the Queen, Ms Truss had a start to her Premiership unlike any of her 55 predecessors.

Announcing Her late Majesty’s passing, Ms Truss said: “Queen Elizabeth II was the rock on which our country was built.

“Britain is the great country it is today because of her.”

Within 24 hours of the Queen’s death, Ms Truss had her first meeting with the new King and was one of the first to swear allegiance to him in the Commons the Saturday after.

She has been close to the King since and joined him at significant events in Scotland, Wales and Northern Ireland to mark the Queen’s passing.

Commentators have noted that the two have already appeared to have built up a rapport between them after she was warmly welcomed by the new Sovereign in Buckingham Palace.

With the new King being politically outspoken in his previous role as Prince of Wales and heir to the throne, all eyes are on whether the relationship will continue to be positive and whether the Monarch can match his late mother’s legacy of rising above politics.