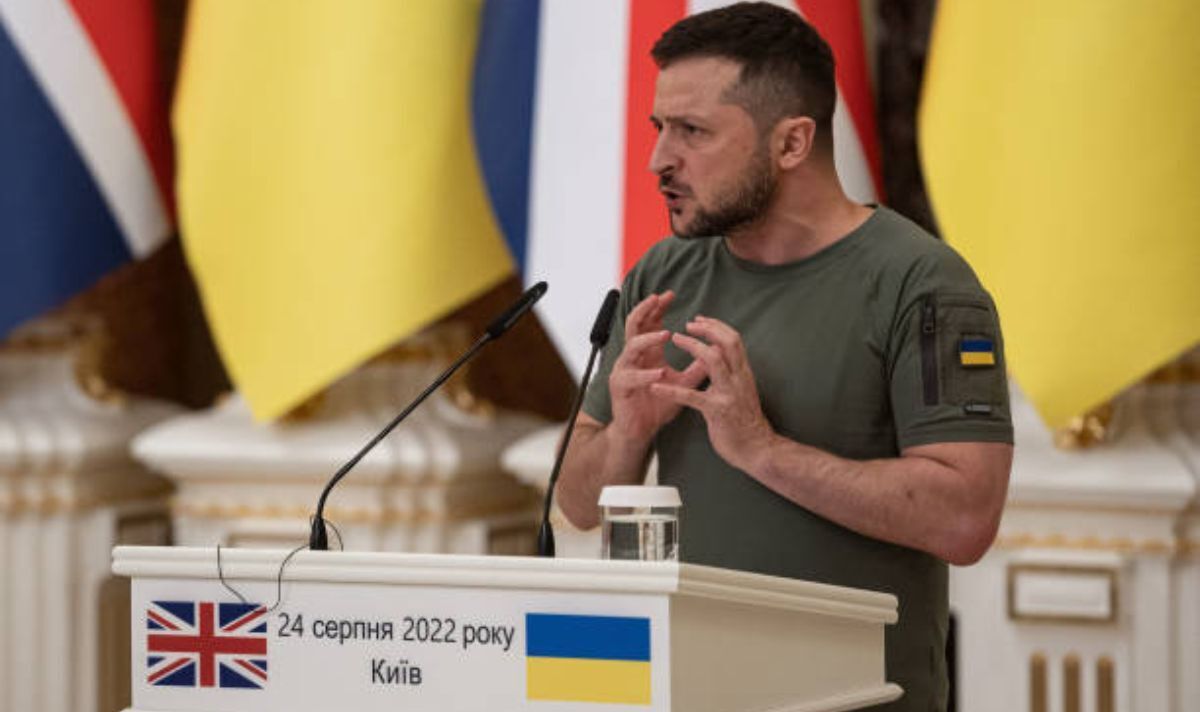 Vladimir Putin is facing yet more setbacks in his attack on Ukraine as the British Military state that the Kremlin’s army has likely lost four elite fighter jets in only 10 days.

Ukraine’s Air Force command reported that an Su-25 Russian attack aircraft was destroyed by an anti-aircraft missile unit from Zelensky’s army on Monday, just after 8am.

The Sukhoy Su-25 is a Soviet-designed ground attack aircraft widely used by both Moscow and Kyiv.

This loss adds to the growing pile of Russian devastation as President Zelensky continues to push out Putin’s troops in the Kherson region.

However, unlike Ukraine, the UK estimates that Russia has lost about 55 combat jets since their invasion began.

The Defence Ministry said in its daily intelligence on Twitter: “Russia has highly likely lost at least four combat jets in Ukraine within the last 10 days, taking its attrition to approximately 55 since the start of the invasion.

“There is a realistic possibility that this uptick in losses is partially a result of the Russian Air Force accepting greater risk as it attempts to provide close air support to Russian ground forces under pressure from Ukrainian advances.

“Russian pilots’ situational awareness is often poor; there is a realistic possibility that some aircraft have strayed over enemy territory and into denser air defence zones as the front lines have moved rapidly.

“Russia’s continued lack of air superiority remains one of the most important factors underpinning the fragility of its operational design in Ukraine.”

He added: “It’s a suburb of Lysychansk. Soon we will drive these scumbags out of there with a broom.

“Step by step, centimetre by centimetre, we will liberate our entire land from the invaders.”

For the past two and a half months Putin’s forces have occupied all of Luhansk province.

Ukraine’s general staff had decided to retreat in July from the cities of Sievierdonetsk and Lysychansk, however, in the last 12 days a huge counteroffensive has liberated an area half the size of Wales.