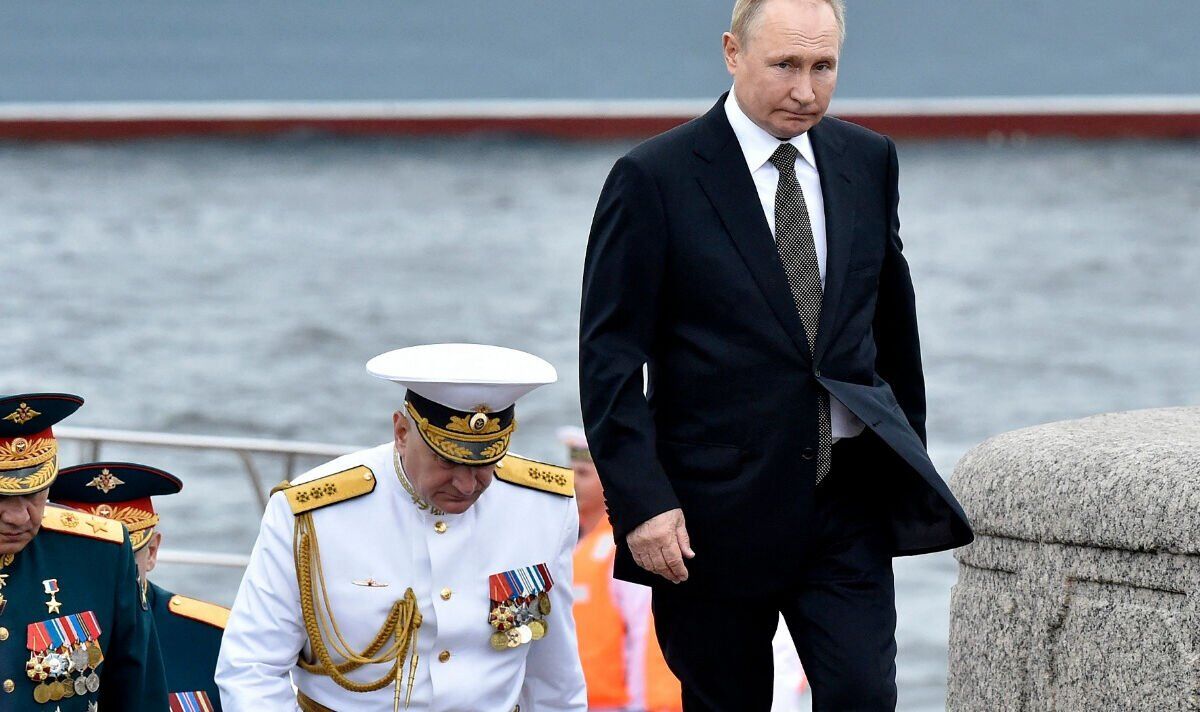 Oleksiy Vadatursky, the founder of Nibulon, was killed alongside his wife after Russian missiles hit the southern port city of Mykolaiv on Sunday. Mykolaiv Governor Vitaliy Kim revealed Mr Vadatursky and his wife were killed in their home during an update on Telegram.

In his nightly address, Mr Zelensky added: “It is these people, these companies, precisely the south of Ukraine, which has guaranteed the world’s food security.

“This was always so. And it will be so once again.”

The Ukrainian leader also warned that the nation’s harvest may only produce half as much as usual.

READ MORE: ‘In a lot of trouble’ Putin braces for defeat amid Kherson battle

In an intelligence update, the MoD said: “Russia fired at least 20 missiles into northern Ukraine from Belarusian territory.

“This follows Russia’s use of Belarusian territory to launch the main thrusts of its failed attempt to take Kyiv in February.”