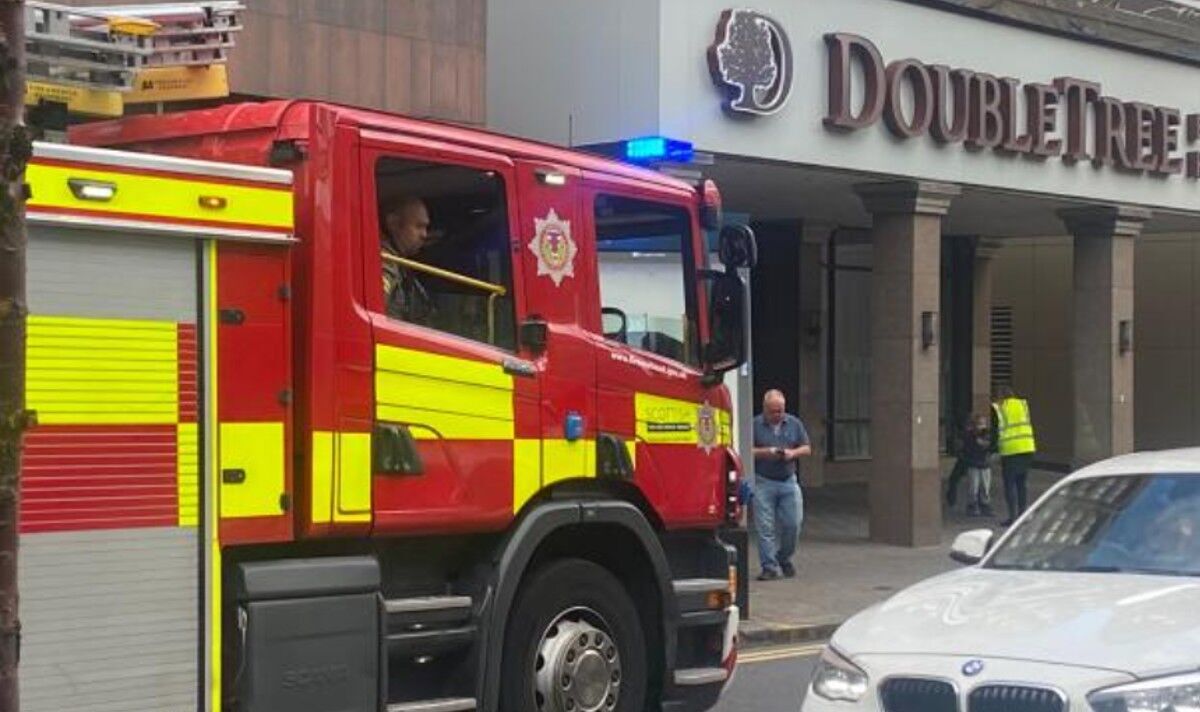 A Scottish Fire and Rescue Service spokesperson said: “SFRS responded to a reported building fire at the DoubleTree by Hilton hotel in Glasgow at 6:55 pm this evening following a 999 call.

“Five appliances were mobilised at the time of the call.

“Crews remain on the scene now.”

Guests and staff were forced to leave the hotel when the alarm was raised at approximately 6.55pm.

A Scottish Fire and Rescue spokesperson told Glasgow Live “smoke was seen in one of the toilets”.

The Hilton Double Tree which was evacuated was contacted but told Express.co.uk that no one was available to comment on the incident. It did confirm that guests and staff were back inside the hotel.

The news comes after the hotel was evacuated last month following a “suspected chlorine gas leak”.

SFRS specialist units responded to that call and the hotel was evacuated as a “precaution”. No one was injured in the incident.