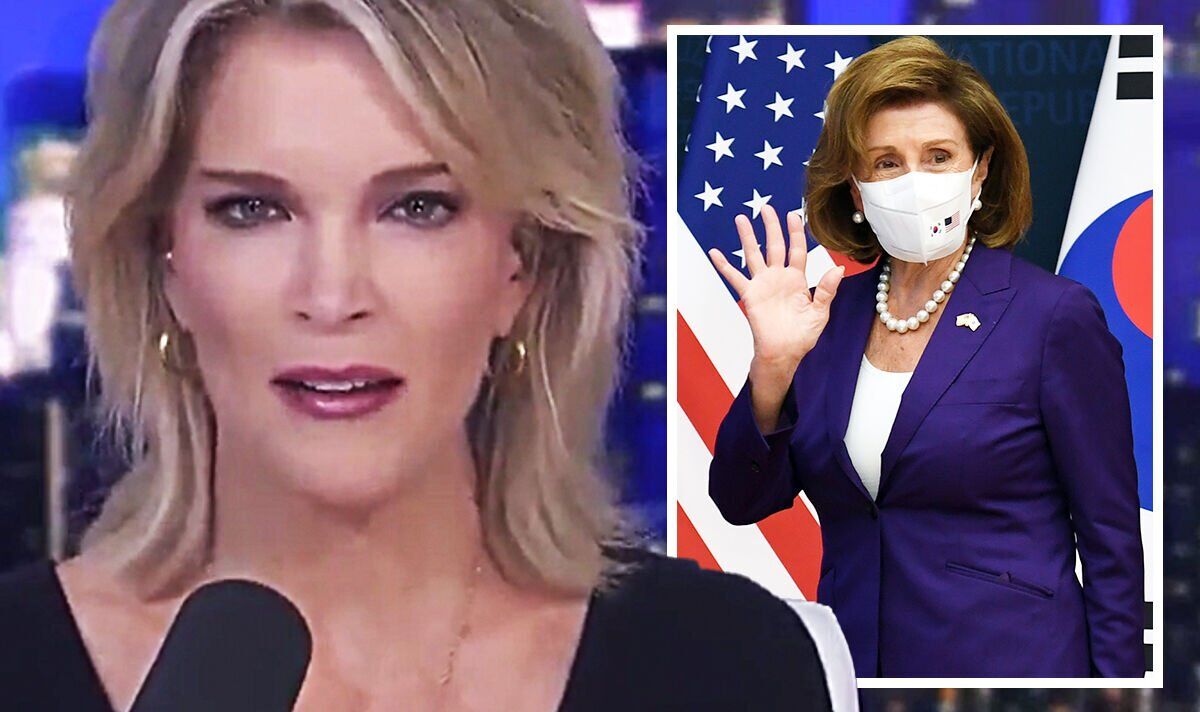 Speaking to GB News host Dan Wootton, Megyn Kelly slammed the US House of Representatives speaker for the visit, describing it as “vain”. Ms Kelly also denied that it was “brave” as she argued that Ms Pelosi, who has been a Californian representative since 1987, won’t face the consequences when the “missiles reign down”.

She said: “It was vain by the way what Liz Truss was exactly right .

“Because we’re the United States of America and we don’t bow down to the Chinese when they say ‘you’d better not’.

“She had no other option at that point but to go.

“To go in the first place was foolish.

“It was all about her and I don’t think it was brave because you know who’s going to bear the risks of her visit – the Taiwanese.

“They’re the ones, is she going to be there when the missiles reign down over the next week?

“She’s 82 she’s going to get bounced out because the Democrats are going to lose control of the house in November.

“So she’s not even going to have to deal with the consequences of what she just did and why now?

“Was there some urgent need for Nancy Pelosi, this 82 year old outgoing house speaker, to swing by Taiwan right now?

“When we’re already in a massive conflict with Russia through the Ukraine support.

“It’s not a great time for us to be provoking other great world powers.

“While we’ve been worried about nation building in Afghanistan and Iraq for the past 20 years, China has been steadily building up its ballistic missiles and its land to navy sea craft and all its other military capabilities.

“There are a lot of military experts who now believe that if we get involved, we the American people get involved in a war trying to stop China trying to take over Taiwan as Joe Biden, contrary to our explicitly said we’d do, we’d lose.

“We’re already distracted with all the things happening in Ukraine.

“So it’s not a great time, I think it was a vanity project and she selfishly made it all about her.”