Skip to content
HomeNewsGayle King shares update on Meghan and Harry’s rift with royals: ‘Effort on both sides’ 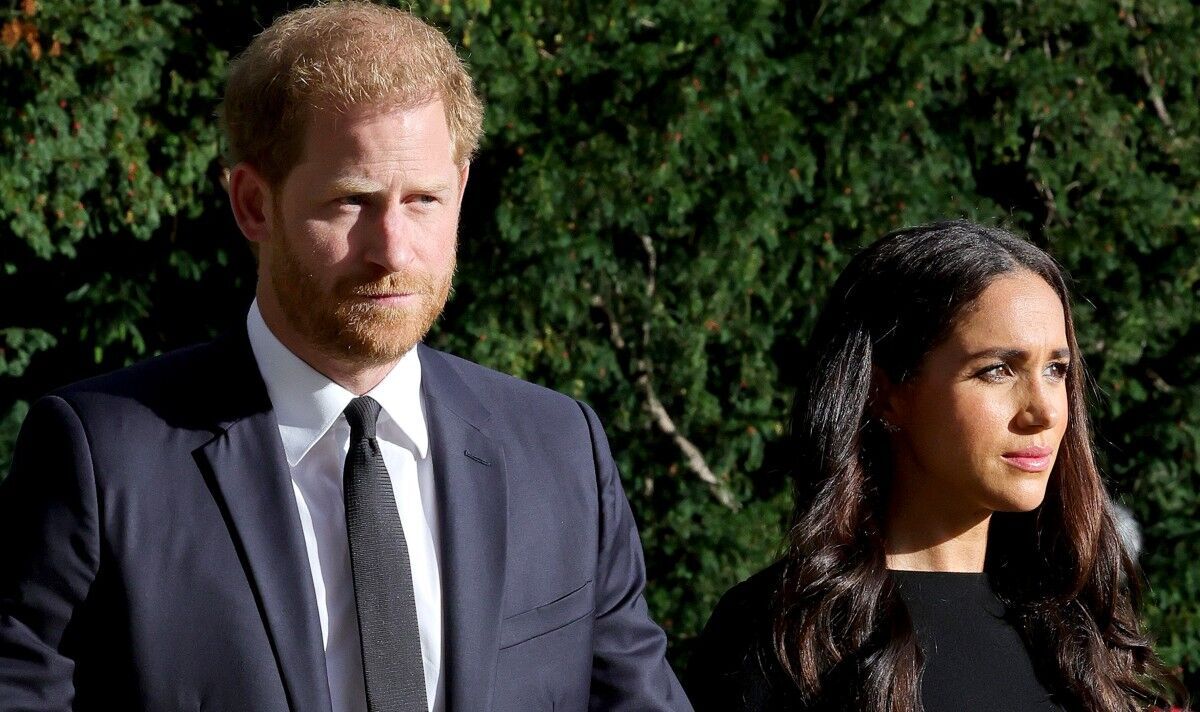 Gayle King has shared an update on Meghan Markle and Prince Harry’s rift with the Royal Family. The CBS Mornings host, who attended the Duchess of Sussex’s New York baby shower in 2019, claimed there have been “efforts on both sides” to resolve tensions.

Ms King’s comments come as the Sussexes have put on a united display with the royals during official events following the late Queen’s death earlier this month.

The US presenter told Extra: “There have been efforts on both sides to sort of make this right. We shall see.

“I have no idea. I have no inside information on that. But I will tell you this: it was good to see Harry standing with his family.”

Harry and Meghan, who are living in California with their two children after quitting royal duties, were in the UK as part of a Europe trip when the Queen died on September 8.

They extended their visit for the state funeral which took place on Monday.

The couple stepped out with the royals for a series of official events following the monarch’s death.

They surprised royal fans with a walkabout outside Windsor Castle with Prince William and Kate two days later.

The so-called Fab Four put on a united display as they viewed floral tributes to the late Queen and greeted well-wishers.

A royal source said: “The Prince of Wales thought it was an important show of unity at an incredibly difficult time.”

Brothers William and Harry also walked alongside each other in a number of processions including at the funeral.

And they joined their cousins for a moving vigil by the grandchildren last Saturday as they guarded their grandmother’s coffin.

However, Harry was said to have been left “devastated” that the late Queen’s “ER” initials had been stripped from the shoulder of his military uniform.

Meanwhile, the Sunday Times cited a friend as saying they “didn’t get the sense of any deeper meaningful rapprochement” between William and Harry.

The source told the newspaper: “The joint appearances take effort. There was an understanding that ‘we need to show solidarity’, not just ‘we need to do this because it’s our duty’.

“But I don’t think it goes much beyond that. There have been some awkward moments this week.

“I definitely don’t get the sense of any deeper meaningful rapprochement or a sense that this is it: things will be mended.”

Harry laid bare his rift with William in his and Meghan’s Oprah Winfrey interview in 2021.

He said: “The relationship is space at the moment. And time heals all things, hopefully. I love William to bits, he’s my brother, we’ve been through hell together, we have a shared experience, but we were on different paths.”

It comes as the royals are bracing for the Duke of Sussex’s tell-all memoir amid reports it has been delayed.