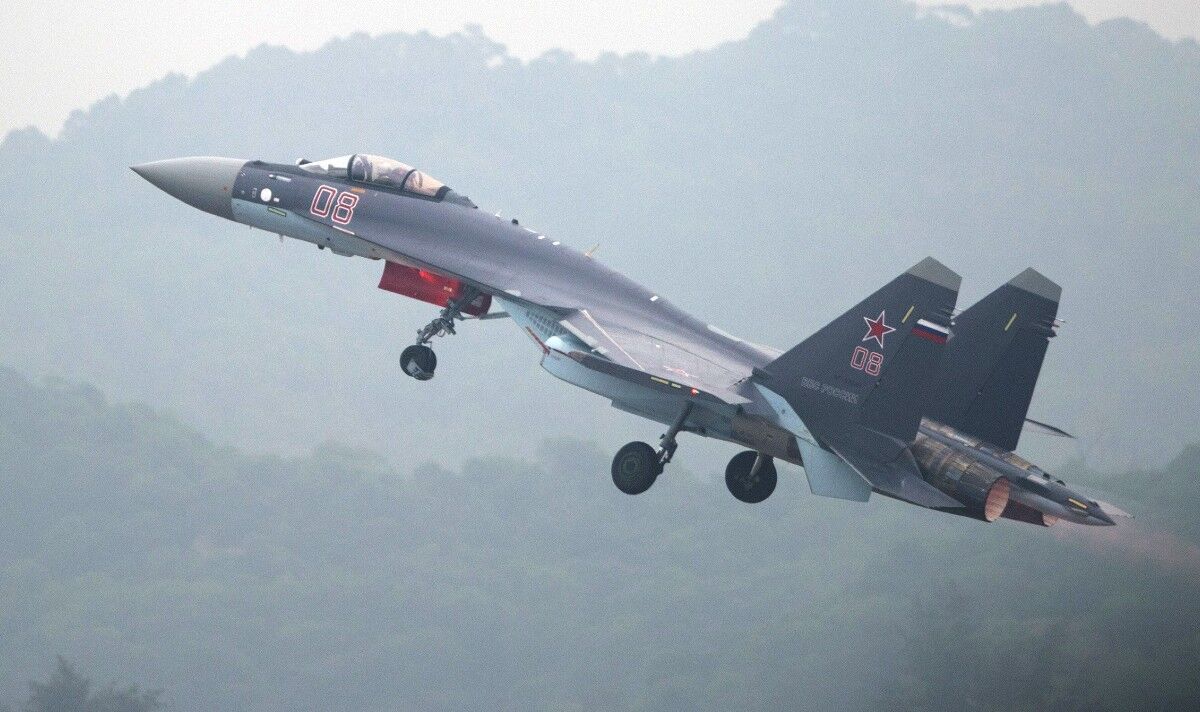 The US politician landed on the island at approximately 10.45pm local time. The PLA claimed to have scrambled an unknown number of SU-35 multi-role fighter jets as the plane she is believed to have been in approached the island.

The Chinese broadcaster CGTN said that a number of the Chinese aircraft crossed the Taiwan Strait as the US Speaker of the House landed on the island.

However, Taiwan’s Taiwan’s Defence Ministry claimed that the reports by Chinese state media were false and that no jets had crossed the Taiwan Strait.

Taipei said claimed it was aware of all activities in the airspace near the island and would respond to “enemy threats”.

The move to visit Taiwan has infuriated Beijing, which sees the country as a breakaway province of China.

The visit was not part of Ms Pelosi’s official itinerary on her Asia trip.

As she landed in the country, air raid sirens could be heard in Chinese cities on the mainland.

The news follows a day of military activity prompted by her visit including the massing of PLA tanks on beaches across the strait from Taiwan.

Additionally, both Chinese aircraft carriers have been put to sea. Although their locations are not confirmed, the USS Ronald Regan carrier group is operating in the area.

The website FlightRadar24 reportedly crashed as 300,000 people logged on to try to track Ms Pelosi’s flight from Malaysia to Taiwan.

China has slammed the trip and has warned that the United States will “pay the price” for the visit.

A Chinese foreign Ministry spokeswoman said: “The US side will bear the responsibility and pay the price for undermining China’s sovereign security interests.”

He said: “Some US politicians, out of personal interests, are playing with fire on the Taiwan issue and making themselves the enemy of the 1.4 billion Chinese people…They will not end well.”

The Biden Administration is said to be against Nancy Pelosi’s trip to the island, however White House National Security Council Spokesman John Kirby said she “has the right to visit Taiwan”.

The White House said that while the chance of a direct attack by China was low, her being in the area increased the odds of a “miscalculation”.

Ms Pelosi would have likely travelled to Taiwan on a military plane.