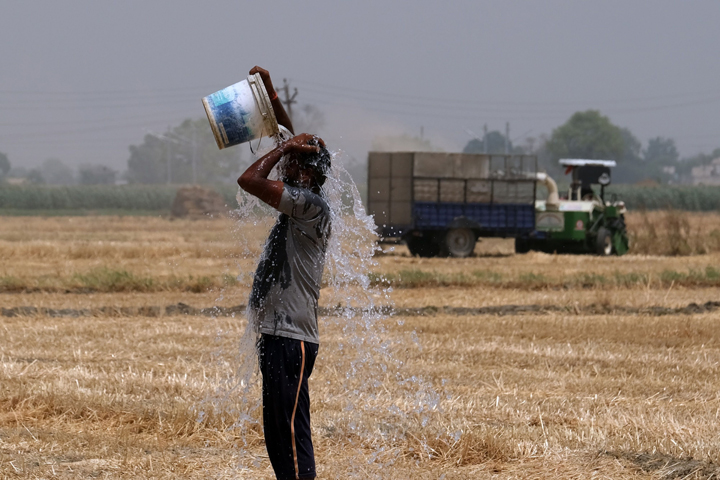 Prime Minister Narendra Modi will soon decide whether to extend a food dole out that has cost India $44 billion since the pandemic, or ease the strain on government finances and food supply.

Modi’s been giving away 5 kilograms of wheat or rice every month to 800 million Indians since April 2020 in a program worth about 1.5 trillion rupees annually. The plan, which was started during the pandemic to supplement the nation’s longstanding sales of subsidized grain, is set to expire at end-September.

The finance ministry isn’t in favor of extending the program as it adds pressure on a budget deficit that’s just starting to narrow from a record during the pandemic, according to people with knowledge of the matter. The ultimate decision will be made by Modi’s office, which is also looking at other options such as keeping the freebies for at least another quarter until the festival season and local elections run through, the people said, asking not to be identified discussing private deliberations.

Modi faces an unusual predicament; handing out free food to alleviate the plight of millions in one of the world’s fastest-growing economies, highlighting the government’s struggle in spreading the benefits of a booming India beset by high unemployment, income inequality and populist politics.

Stopping the food program will not be an easy choice for Modi. His Bharatiya Janata Party is seeking to retain power in Gujarat, Modi’s home state, along with Himachal Pradesh, where assembly polls will take place by the end of this year.

“If you stop these, then it will certainly have some negative impact on people’s voting preferences,” said Sanjay Kumar, a professor at the Centre for the Study of Developing Societies in New Delhi. A sizable number of voters who benefited from the free food plan voted for the ruling BJP in elections in Uttar Pradesh, the country’s most populous state, earlier this year, Kumar added.

While the food policy is without doubt very popular, it’s very expensive to sustain and increases the need for an abundant supply of cheap grains. This year, India has had to restrict exports of wheat and rice after erratic weather hurt harvest, adding to pressure on food prices, and rattling global agricultural markets.

Running the food scheme for another six months would drain another 700 billion rupees from the budget, the people said. That could pose a risk to the government’s target to further narrow the fiscal deficit to 6.4 percent of gross domestic product in the fiscal year ending March 2023 from 6.9 percent previously and a record 9.2 percent in the first year of the pandemic.

“It’s a huge dilemma for Modi,” as he has to take the decision based on factors such as balancing economy, setting an example to end freebie culture in the country and sacrificing electoral dividend from this scheme, said Arati Jerath, a New Delhi-based author and political analyst. “It’s really a tough call for him.”

It’s also possible that the prime minister’s office would cut the size of the freebies given, the people said.

These are big decisions, “which the government will take a call on,” Food Secretary Sudhanshu Pandey said on Monday. “At the moment I can’t say anything.” A spokesperson for the finance ministry declined to comment when asked to confirm its position on the issue, while the Prime Minister’s office did not respond to an email seeking a comment.

“Continuation of this scheme could lead to depleted food grains stocks by next year,” according to ICICI Securities Ltd. analysts led by Prasanna Ananthasubramanian. One option for the government would be to “take a leaf out of central banks and ‘taper’ the free food grains scheme,” they said.

The decision on the program could also affect inflation. The prices of rice and wheat, which make up about 10 percent of India’s retail inflation, are seeing an uptick due to lower production amid a heatwave and patchy monsoon. Price gains in the South Asian nation have hovered above the central bank’s 6 percent ceiling since the start of the year.

If the program comes to an end, consumers would have to buy the grains from the market, potentially boosting prices further and posing a fresh challenge to central bank’s efforts to cool inflation.

“High demand for the government’s free food distribution program could pose a risk of further drawdown in inventories by spring 2023,” Goldman Sachs Group economists led by Santanu Sengupta wrote in a note. They expect both wheat and rice prices to rise further, keeping food prices elevated.