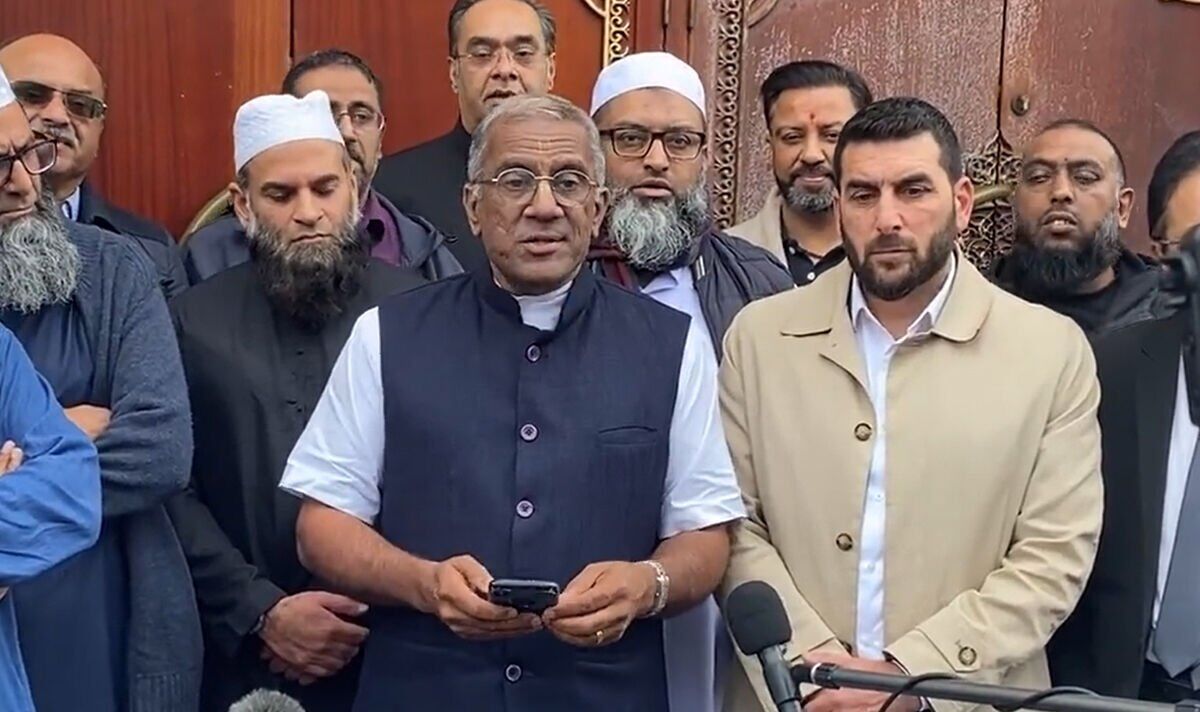 A Leicester citizen has offered a terrifying insight into civil unrest in the city as he warns extremist groups are “going up to people and asking their religion and proceeding to beat them”. Speaking to LBC, the caller, who identified himself as a Muslim man in his late twenties, gave a disturbing insight into the horrific violence rocking Leicester following tensions that have been “increasing for a number of weeks, and seriously do have the potential escalate”.

Violent clashes in the city between Hindu and Muslim men have seen 47 people arrested in total since August 28 and 25 police officers injured. While tensions between the local Muslim community in Leicester and Hinduktu-supporting Indian groups have reportedly been growing for some time, they exploded when India won in a T20 cricket match against Pakistan in Dubai in August.

The cricket win was followed by a march by India fans through Leicester – during which they reportedly chanted words that were insulting to Muslims, and, the LBC caller claimed, beat up a Sikh man who attempted to stop their offensive chanting.

Asked if the march would act as a provocation, the caller said: “It has reached that stage. After the march, there were numerous other beatings of Muslim locals. People in extremist groups have been going up to people, asking what religion they are and proceeding to beat them.

“As a result of that, things have escalated, the Muslim community felt the need to go out onto the streets and show presence and that they’re not going to allow this.”

Some Muslims claim those marching were Hindu nationalists and supporters of Indian Prime Minister Narendra Modi, whose BJP party openly associates itself with the Hindutva ideology – the belief India should be an entirely Hindu country, and which has been associated with anti-Muslim violence. Last weekend the violence escalated, with another march of around 200 men gathering for an unauthorised protest.

Eyewitnesses claimed a group of Hindu men marched through Green Lane Road, where there are several Muslim-owned businesses. Residents said they heard the group chanting “Jai Shri Ram”, a holy Hindu chant that translates as “hail Lord Ram”, and which has become associated with anti-Muslim violence in India.

Videos shared online depicted bottles raining down on police as they tried to keep the two groups apart, and a man pulling down a flag outside a Muslim temple.

This episode followed Hindus from Leicester claiming that Muslims were targeted their community, with a video circulating online of a gang of men attacking people and property in an area of the city that is predominantly Hindu.

The caller explained: “Violence is mainly clashes with police and between certain groups – they’re not full-blown riots. That said, tensions have been increasing for a number of weeks, and it seriously does have the potential to escalate.”

Explaining why this was occurring in Leicester, he added: “There’s been a migration of extremist-supporting individuals coming from India.

“I think it’s important to emphasise these are recent arrivals in Leicester, and they’re not integrated as we have been for decades.”

He claimed that the majority of clashes were between these groups and the police, rather than between each other. The caller, who said he was Muslim, emphasised that he had worked with a huge variety of different ethnicities and cultures which have seen decades of integration, and he himself considered himself well-integrated – but said these groups were different.

Disinformation spread on social media has been partly blamed for enflaming the situation. Leicester’s mayor Sir Peter Soulsby told BBC’s Radio 4 Today that the content he had seen was “very, very, very distorting” and “some of it just completely lying about what had been happening between different communities”.

He claimed that this had drawn more people in from the surrounding area to incite violence – a claim supported by the discovery that of the 18 arrested for last weekend’s violence, eight of them weren’t from Leicester. In a statement, the Indian Ministry of External Affairs said: “We strongly condemn the violence perpetrated against the Indian community in Leicester and vandalisation of premises and symbols of Hindu religion.

“We have strongly taken up this matter with the UK authorities and have sought immediate action against those involved in these attacks. We call on the authorities to provide protection to the affected people.”

The Pakistan High Commission in London also issued a statement, except focusing on violence against the Muslim community in Leicester.

The statement said: “We strongly condemn the campaign of violence and intimidation that has been unleashed against the Muslims of the area. This is not the first time such Islamophobic incidents have been reported in Leicester.”

Leicester’s Federation of Muslim Organisations called for harmony between the groups, saing: “Our two faiths have lived harmoniously in this wonderful city for over half a century. We arrived in this city together. We faced the same challenges together; we fought off racist haters together and collectively made this city a beacon of diversity and community cohesion.

“That is why we are saddened and heartbroken to see the eruption of tension and violence”.