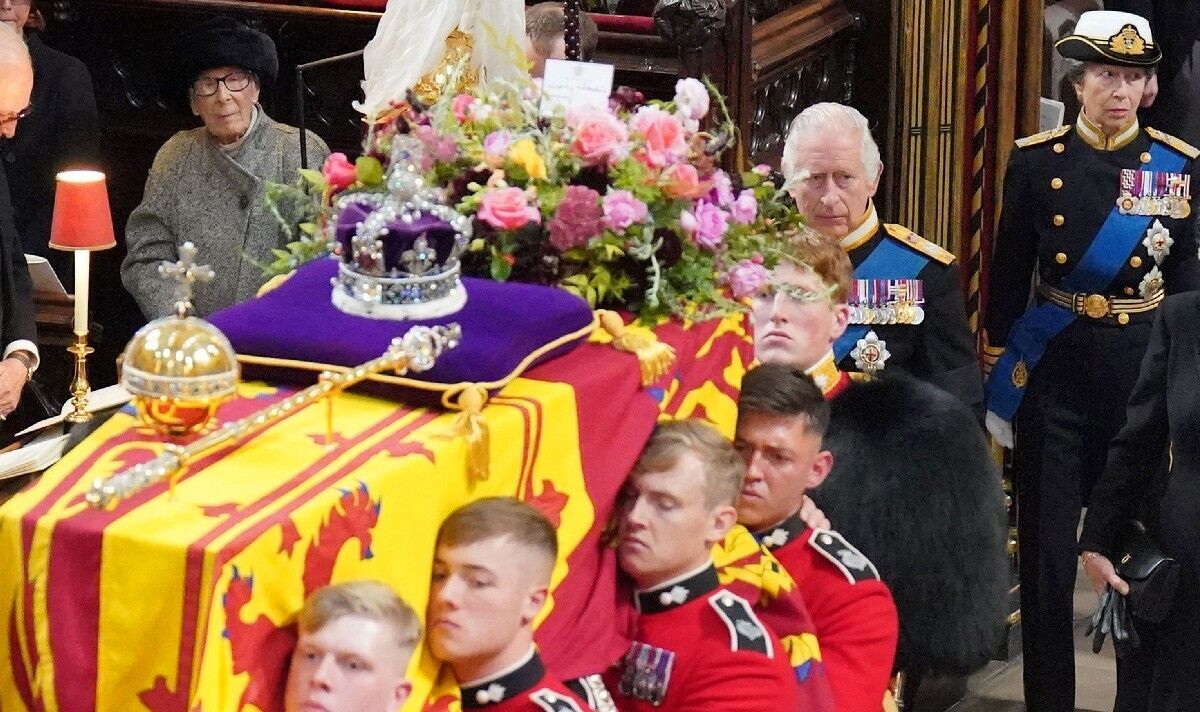 A card in the flowers on top of the coffin read: “In loving and devoted memory. Charles R.” The King – along with his siblings the Princess Royal, Duke of York and Earl of Wessex – walked behind the Queen’s coffin as it travelled from Westminster Hall, where the late monarch had been lying in state since last Wednesday. An emotional Prince Andrew was seen fighting back tears as he walked behind the coffin, while Prince Edward appeared to burst into tears during the service.

During the service, King Charles looked close to tears as the national anthem was sung in Westminster Abbey.

Prince George – the eldest child of the Prince and Princess of Wales – was also comforted by his mother during the service.

The Queen’s coffin is now making its final journey from Westminster Abbey to Windsor Castle she she will be reunited with her beloved husband, Prince Phillip.

Hundreds of thousands of mourners lined the route in London to pay their respects to the late monarch, who died on September 8 at the age of 96.

Following the state funeral, King Charles and his three siblings walked behind the coffin as it left Westminster Abbey, while several other members of the Royal Family are travelling by car.

The coffin is now being taken to Wellington Arch at the corner of Hyde Park, before being transferred into a hearse for the journey to Windsor Castle.

At 4pm, a televised committal ceremony will take at St George’s Chapel, before a private interment service attended by senior members of the Royal Family.

Some 2,000 people attended the Queen’s state funeral this morning, including members of royal families from across Europe and political leaders from across the world, including US President Joe Biden and French counterpart Emmanuel Macron.