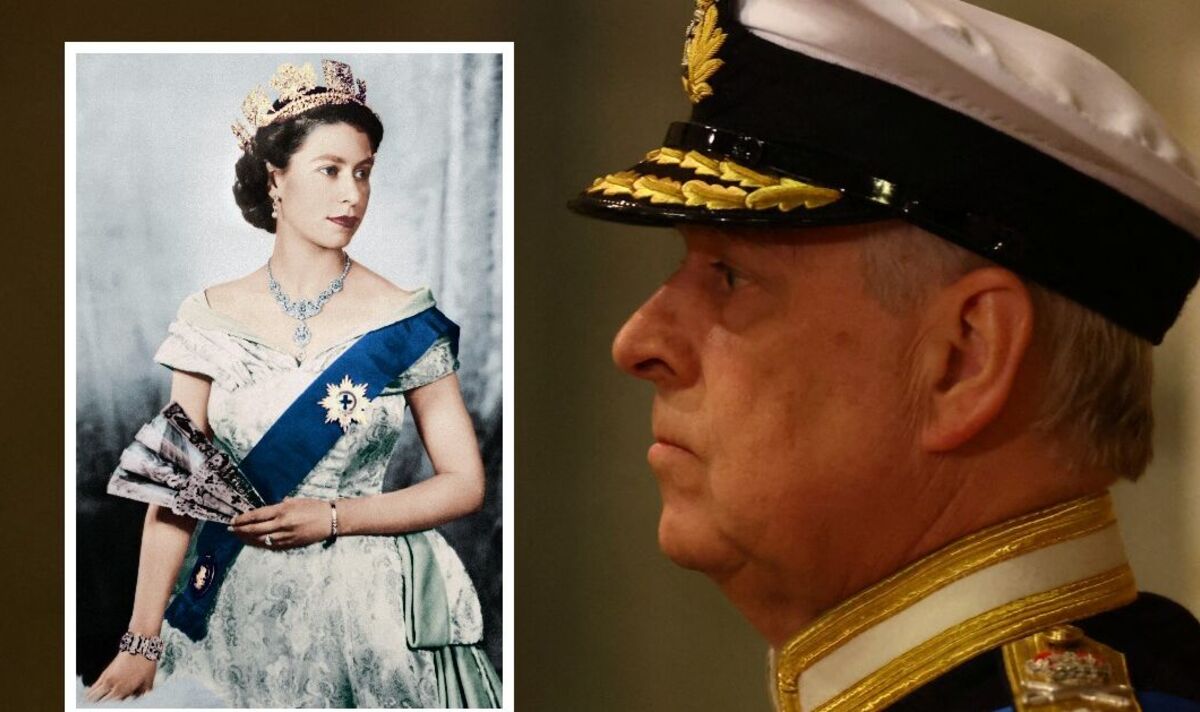 The Duke of York issued a deeply personal statement 10 days after the death of his mother the Queen. Prince Andrew, the late monarch’s second son, addressed the Queen as “Dear Mummy, Mother, Your Majesty” in his message.

It read: “Dear Mummy, Mother, Your Majesty, three in one.

“Your Majesty, it has been an honour and a privilege to serve you.

“Mother – of the nation, your devotion and personal service to our nation is unique and singular; your people show their love and respect in so many different ways and I know you are looking on honouring their respect.

“Mummy, your love for a son, your compassion, your care, your confidence I will treasure forever.

The message ended reading: “God save The King.”

This tribute comes two days after Prince Andrew stepped out in public in his military uniform for the first time since he stepped back as a working royal in November 2019.

The honour was granted as the veteran took part in a 15-minute-long vigil with his brothers Charles and Edward and sister Princess Anne.

Andrew, who was known to be very close to the Queen and to regularly visit her at Balmoral and Windsor, is expected to attend his mother’s funeral tomorrow.

However, it is not yet known whether he will be allowed to wear once again his military uniform or will be wearing civilian clothes.

The Duke is one of the many members of the Royal Family to have issued a statement focused on the Queen following her death on September 8.

After heading to Westminster Hall for a vigil with their royal cousins, Andrew’s daughters Eugenie and Beatrice paid tribute to their “beloved Grannie”.

They said in a joint statement: “We, like many, thought you’d be here forever. And we all miss you terribly.

“You were our matriarch, our guide, our loving hand on our backs leading us through this world.

“You taught us so much and we will cherish those lessons and memories forever.”

The princesses also said it had been the “honour of our lives to have been your granddaughters”.

Speaking about the new monarch, Beatrice and Eugenie added: “We know that dear Uncle Charles, the King, will continue to lead in your example as he too has dedicated his life to service. God save the King.”

Another beloved grandchild of the Queen, Prince Harry, also issued a heartbreaking tribute to the late sovereign.

Published on the Duke and Duchess of Sussex’s organisation’s website, Archewell, the statement read: “In celebrating the life of my grandmother, Her Majesty The Queen — and in mourning her loss — we are all reminded of the guiding compass she was to so many in her commitment to service and duty.”

After acknowledging how admired and respected his grandmother was across the world, Harry added: “Let us echo the words she spoke after the passing of her husband, Prince Philip, words which can bring comfort to all of us now: ‘Life, of course, consists of final partings as well as first meetings’.

“Granny, while this final parting brings us great sadness, I am forever grateful for all of our first meetings — from my earliest childhood memories with you, to meeting you for the first time as my Commander-in-Chief, to the first moment you met my darling wife and hugged your beloved great-grandchildren.

“I cherish these times shared with you, and the many other special moments in between.

“You are already sorely missed, not just by us, but by the world over.

“And as it comes to first meetings, we now honour my father in his new role as King Charles III.”