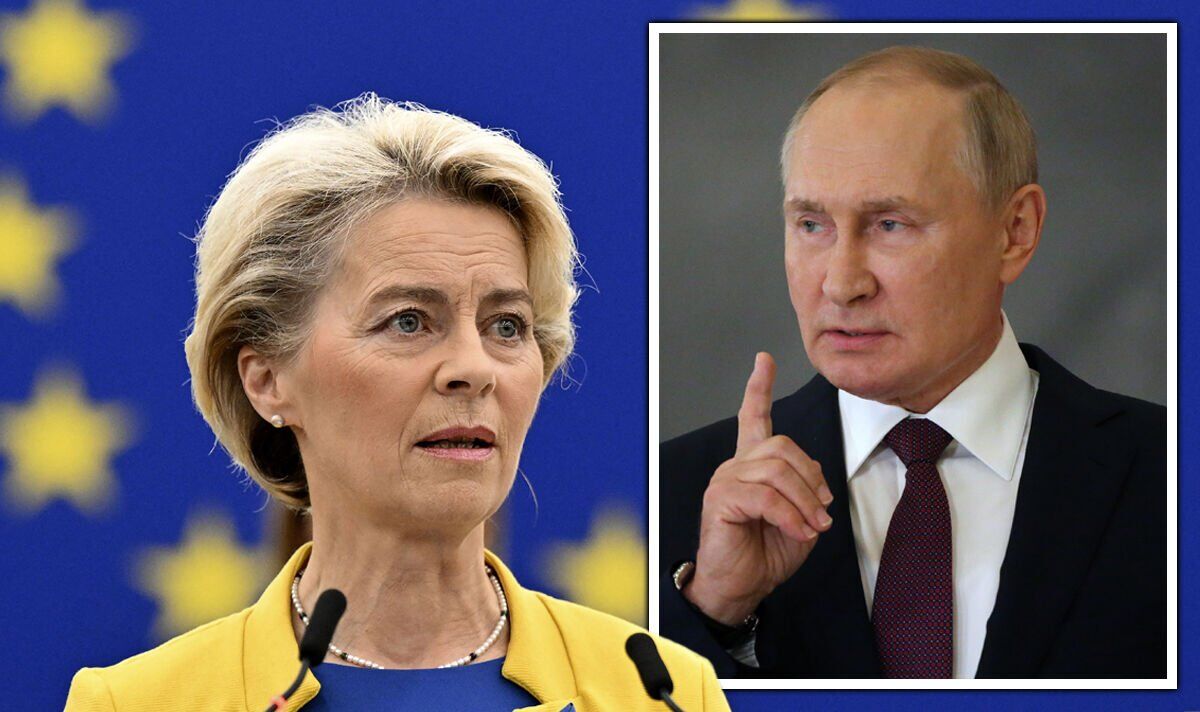 The European Union has been warned it is displaying a “dangerous signal of weakness” with new guidance that weakens the bloc’s sanctions on coal. The new guidance has sparked backlash from some European nations and military experts who fear it sends the wrong message to an increasingly aggressive Russia and plays into Vladimir Putin’s fantasy of EU reliance. The new guidance from the European Commission, the bloc’s executive arm, said that the transfer of certain goods, including coal and related products, “should be allowed to combat food and energy insecurity around the world”.

Previously, the Commission said that its sanctions prohibit EU operators from transferring coal and providing services to all shipments of such products originating in Russia.

A number of countries hit out at this change in tone, with Latvia’s Foreign Ministry saying in a statement that the guidelines were surprising and not coordinated with member states.

The ministry confirmed that a number of countries had raised the issue at a meeting of foreign ministers requesting reconsideration of the guidelines, particularly on commodities that are not related with food security.

The government in Riga will now work with the commission to address the concerns, the ministry insisted.

Commission Spokesman Daniel Ferrie claimed that the full import ban on coal into the EU remains in place, but the group of nations pointed out that the new text contained references to wood, some cement products and coal.

Diplomats have asked the commission to further explain the proposed move, fearing it could go beyond the earlier food security commitments and effectively be watering down sanctions on those Russian commodities.

Mark Voyger, a senior fellow with the Transatlantic Defense and Security Program at the Center for European Analysis, told Express.co.uk that in light of Vladimir Putin’s escalating aggression, this move sends the wrong message.

He said: “Looking at the announcements that Putin has made – a combination of breaking international law, annexations, substantial mobilisation, nuclear threats – this is the type of behaviour that actually should bring about more sanctions.

Mr Voyger, who is also Director of the Masters of Science programme in Global Management at the American University of Kyiv, continued: “If you look at Russia’s media, even things that look trivial and comedic, their popular shows will include pro-Kremlin speakers who claim a terrible winter is descending over Europe, and they tell their audience Europe will be frozen without Russian gas, energy and fossil fuels.

“They promote this thinking that they have Europe by the energy balls as it were, warning they will let them freeze if they do not do what they say – they think the EU is desperate.

“It comes from the Kremlin but there is now an erroneous belief, across all sectors of Russian society, that Europe is so reliant on Russian energy that Russia can get away with serious breaches of international law and norms.

“This will continue as long as Europe is afraid to step up sanctions.

“In light of [Putin’s announcements today], I think if the EU does not reconsider their sanctions, they will send a very dangerous signal of weakness to Putin.”

Meanwhile, NATO’s secretary general warned Putin was escalating the conflict with his partial-mobilisation which came into effect immediately.

But, Jens Stoltenberg added that the moves demonstrated “that the war is not going according to his plans” and that it was clear that the Russian president had made “a big miscalculation”.

He continued: “We will make sure that there is no misunderstanding in Moscow about exactly how we will react.

“The most important thing is to prevent that from happening, and that is why we have been so clear in our communications with Russia about the unprecedented consequences.”