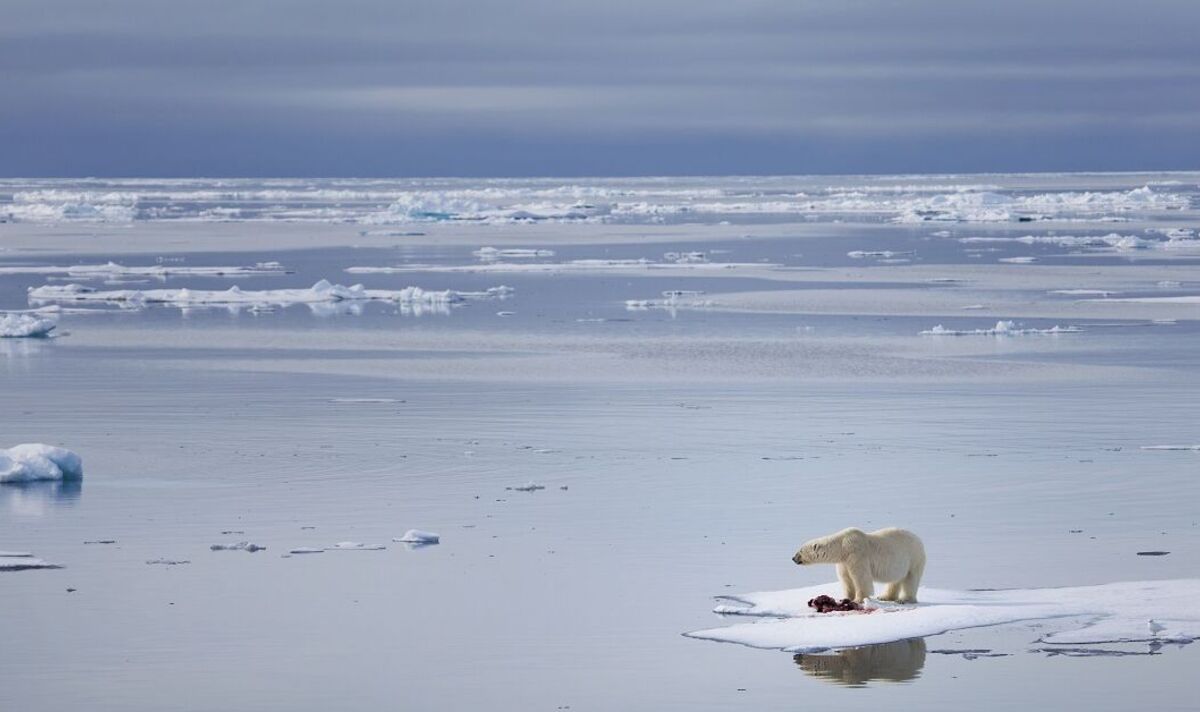 In their study, climate researcher Professor Wake Smith of Yale University and his colleagues proposed an ambitious geoengineering solution to address this problem by refreezing the poles. This, they propose, could be achieved by spraying microscopic aerosol particles into the atmosphere from high-flying jets at latitudes of both 60 degrees north and south. These particles, released up at around 43,000 feet, would drift slowly poleward, slightly reducing the amount of sunlight reaching the pole, with a resultant cooling effect.

Prof. Smith said: “There is widespread and sensible trepidation about deploying aerosols to cool the planet.

“But if the risk/benefit equation were to pay off anywhere, it would be at the poles.”

Particle injections, the researchers proposed, would be administered seasonally in the long days of spring and early summer of each hemisphere.

In fact, the same fleet of special jets used for aerosol delivery in one hemisphere could potentially be ferried to the opposite side of the planet when the seasons change.

The team have calculated that a complement of 125 custom-built, high-altitude tanker craft would be able to loft a large enough payload up into the atmosphere in order to be able to cool the regions poleward of 60 degrees latitude by 3.6F (2C) each year.

Eventually, they said, this could return the temperatures of the poles to close to their pre-industrial levels — to the cost of around $11billion (£9.6billion) per year.

This is less than a third of the cost of cooling the whole planet by the same 3.6F magnitude, and a fraction of the cost of reaching net zero emissions, the researchers said.

Despite this, however, Prof. Smith warned that “stratospheric aerosol injections merely treat a symptom of climate change but not the underlying disease.

“It’s aspirin, not penicillin. It’s not a substitute for decarbonization.”

The researchers noted that they conceive of complications realising their proposal.

They wrote: “We do not find that […] relegating such a program to these sparsely populated regions would obviate the myriad governance challenges that would confront any such deployment.

The full findings of the study were published in the journal Environmental Research Communications.