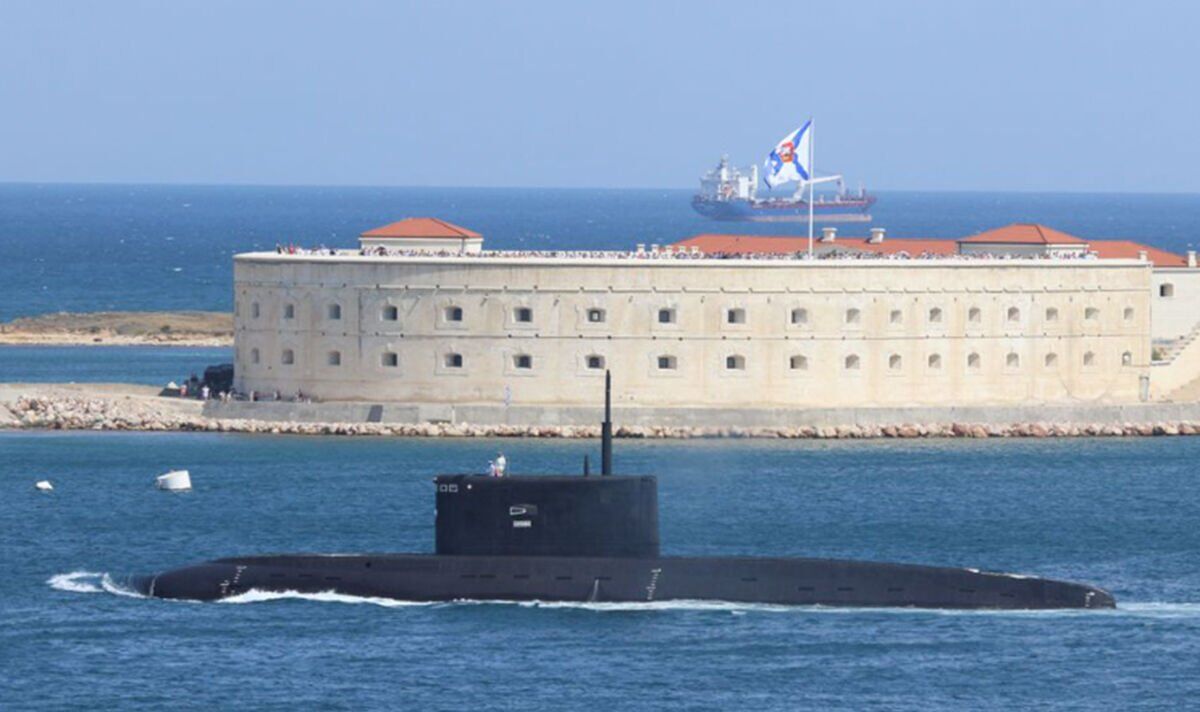 Vladimir Putin has been delivered another blow after some of Russia‘s Black Sea fleet submarines were forced to retreat. Russia’s Navy has relocated some of its submarines from the port of Sevastopol in Crimea to Novorossiysk in Krasnodor Krai, southern Russia, according to the latest intelligence briefing from the British Ministry of Defence.

British defence forces said the relocation was likely due to the recent change in the “local security threat level” in the face of increased Ukrainian long-range strike capability.

The briefing said: “The command of Russia’s Black Sea Fleet has almost certainly relocated its KILO-class submarines from their home port of Sevastopol in Crimea to Novorossiysk in Krasnodar Krai, southern Russia.

“This is highly likely due to the recent change in the local security threat level in the face of increased Ukrainian long-range strike capability.

“In the last two months, the fleet headquarters and its main naval aviation airfield have been attacked.

“Guaranteeing the Black Sea Fleet’s Crimea basing was likely one of Russian President Vladimir Putin’s motivations for annexing the peninsula in 2014.

“Base security has now been directly undermined by Russia’s continued aggression against Ukraine.”

He added: “The speed at which our troops are moving. The speed in restoring normal life.”

The Ukrainian leader also hinted he would use a video address to the United Nations General Assembly on Wednesday to call on countries to accelerate weapons and aid deliveries.

He said: “We are doing everything to ensure Ukraine’s needs are met at all levels – defence, financial, economic, diplomatic.”

Ukraine’s armed forces had regained complete control of the village of Bilohorivka, and were preparing to retake all of Luhansk province from Russian occupiers, according to provincial Governor Serhiy Gaidai.

The village is only six miles west of the city of Lysychansk, which fell to the Russians after weeks of grinding battles in July.

Gaidai wrote on Telegram: “There will be fighting for every centimetre.

“The enemy is preparing their defence. So we will not simply march in.”

Ukrainian troops have begun to push into Luhansk since driving Russian forces out of northeastern Kharkiv province in a lightning counter-offensive this month.