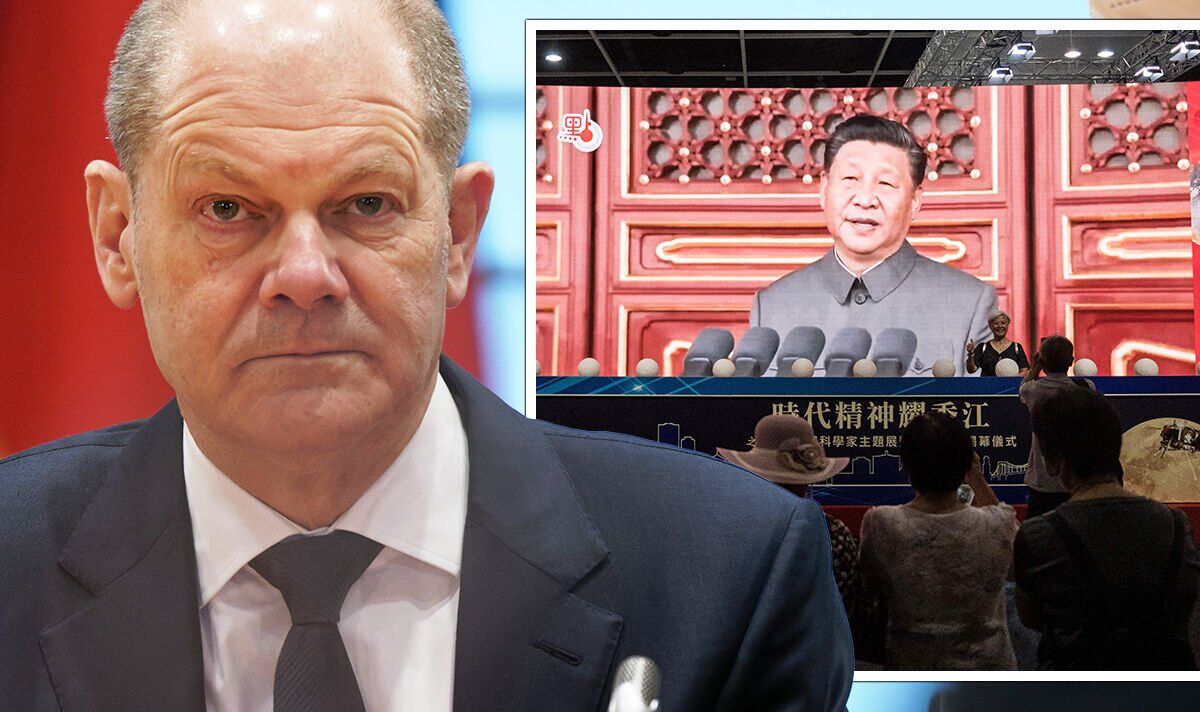 The German Foreign Minister was the first European official to back US House Speaker Nancy Pelosi’s decision to visit Taiwan on Tuesday. In a speech at a UN conference, Mr Baerbock said: “We do not accept when international law is broken and a larger neighbour attacks its smaller neighbour in violation of international law — and that of course also applies to China.”

The comments sparked fury in China prompting the foreign ministry to lodge “serious representations” with the German ambassador in Beijing.

China had furiously condemned the highest-level US visit to Taiwan in 25 years as Speaker Pelosi hailed the self-ruled island as “one of the freest societies in the world” and pledged American solidarity.

Beijing demonstrated its anger with Ms Pelosi’s presence on an island that it says is part of China with a burst of military activity in surrounding waters, summoning the US ambassador in Beijing and halting several agricultural imports from Taiwan.

Some of China’s planned military exercises will take place within Taiwan’s 12 nautical mile sea and air territory, according to Taiwan’s defence ministry, an unprecedented move a senior defence official described to reporters as “amounting to a sea and air blockade of Taiwan”.

Ms Pelosi arrived with a congressional delegation on an unannounced visit late on Tuesday, defying China’s repeated warnings, in what she said shows unwavering US commitment to Taiwan’s democracy.

“Our delegation came to Taiwan to make unequivocally clear that we will not abandon Taiwan,” Ms Pelosi told Taiwan President Tsai Ing-wen.

Now, more than ever, America’s solidarity with Taiwan is crucial, and that’s the message we are bringing here, today.” Addressing parliament, Ms Pelosi said new US legislation aimed at strengthening the American chip industry to compete with China “offers greater opportunity for US-Taiwan economic cooperation.”

“We thank you for your leadership. We want the world to recognise that,” she told Tsai, who Beijing suspects of pushing for formal independence – a red line for China.

A long-time China critic, especially on human rights, Pelosi was set to meet later on Wednesday with a former Tiananmen activist, a Hong Kong bookseller who had been detained by China and a Taiwanese activist recently released by China, people familiar with the matter said.

READ MORE: Pelosi praises Taiwan as ‘one of the freest societies’

The last US house speaker to go to Taiwan was Newt Gingrich, in 1997. But Ms Pelosi’s visit comes amid sharply deteriorating Sino-US relations, and China has emerged as a far more powerful economic, military and geopolitical force during the past quarter century.

China considers Taiwan part of its territory and has never renounced using force to bring it under its control. The United States warned China against using the visit as a pretext for military action against Taiwan.

Coming to the defence of China, Russian Foreign Minister Lavrov said on Wednesday that Ms Pelosi’s visit to Taiwan was a deliberate attempt by Washington to irritate China.