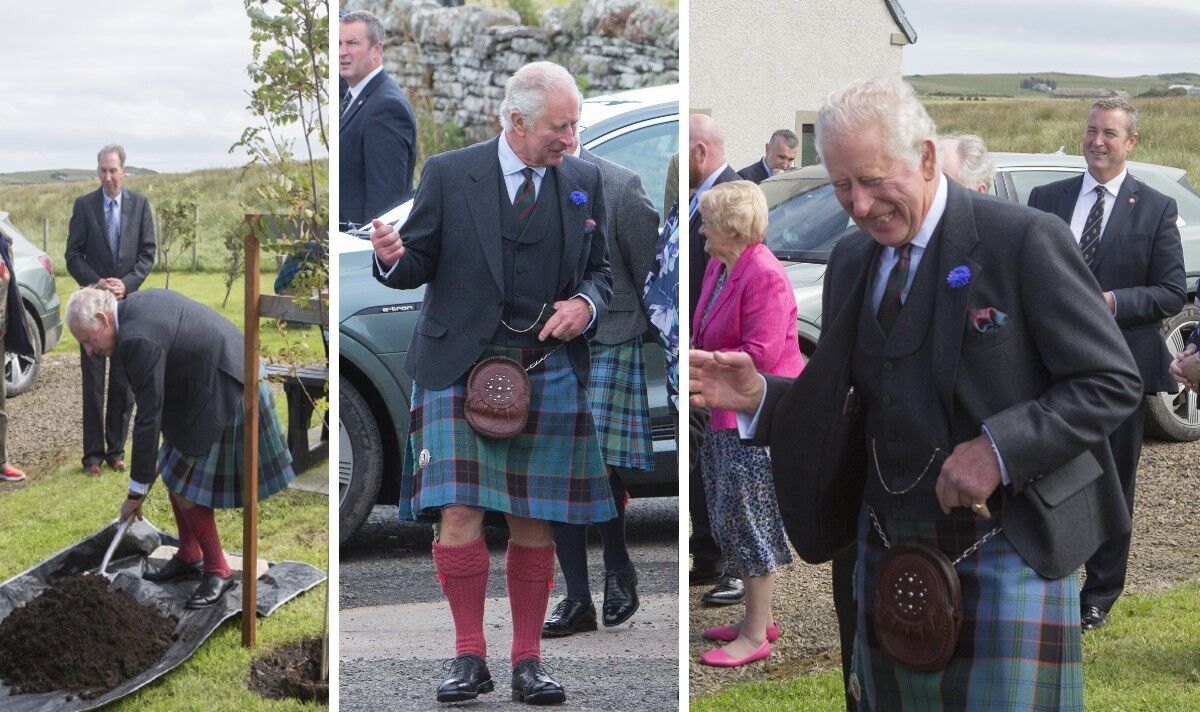 The Prince of Wales, 73, or the Duke of Rothesay as he is known while he is in Scotland, took the trip to Canisbay Church in Caithness – the northernmost parish church in mainland Scotland. He was seen chatting to a number of people at the church, however, in the blustery Highlands known for their strong gusts, the Prince likely had to be careful that he wasn’t too exposed.

Prince Charles also donned knee socks and a sporran to go with his kilt – completing the traditional Scottish ensemble.

The Royal Family has its own Balmoral tartan, however this can only be worn with the Queen’s permission.

The Balmoral tartan is grey and red, while Prince Charles’ kilt today was blue and green with faint red lines.

Before the church service the royal was seen chatting with Rev Janet Easton Berry and Rev Lyall Rennie.

He was also snapped planting a Rowan tree on the grounds of the church.

After getting his hands dirty, he was seen laughing and joking with writer and director Murray Watts and artist Monique Sliedre.

Luckily for the Prince, wind conditions near the church today were described as a “moderate breeze” by BBC weather.

However, with gusts of up to 20 miles per hour, the Duke of Rothesay was sure to mind his kilt.

In the past, Caithness has been affected by red weather warnings for wind during storms.