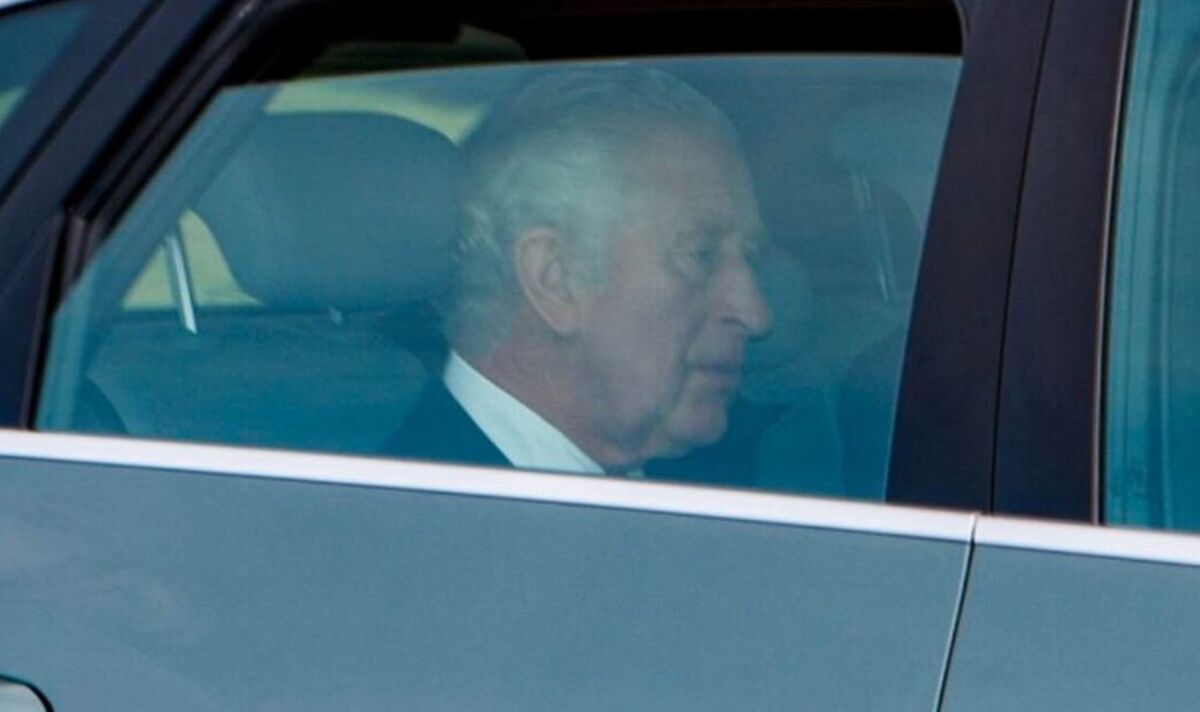 King Charles III has flown to Scotland with his wife Queen Camilla, where they will have time to privately mourn the death of the Queen for the next few days. The sovereign reportedly left RAF Northolt on a private jet.

As the new sovereign boarded the plane with his wife, the King’s escorts removed their helmets and bowed, the MailOnline wrote.

The King arrived at Aberdeen Airport around lunchtime, and was photographed looking sombre while being driven away.

While north of the border, Charles is expected to visit the Balmoral estate, where the Queen died 12 days ago.

However, he will likely stay at Birkhall, his much-beloved Scottish home inherited from the Queen Mother in 2002, rather than Balmoral Castle.

This ceremony was attended by more than 2000 people, while thousands more mourners lined the streets later crossed by the state gun carriage and state hearse carrying the Queen’s coffin.

Among the high-profile attendees at the funeral were US President Joe Biden, French President Emmanuel Macron and Canadian Prime Minister Justin Trudeau.

King Charles led his family in three processions during the day, starting with the cortege which took the coffin from Westminster Hall to Westminster Abbey.

After the funeral, the King walked once again behind his mother’s casket through the streets of central London and one last time after the hearse arrived on the grounds of Windsor Castle for the committal service held shortly after 4pm at St George’s Chapel.

While the period of national mourning ended after the state funeral took place yesterday, the royal mourning will last until September 26.

This will give the chance to Firm members to process their grief after having made several public appearances over the past few days.

At the end of the last day of national mourning, both King Charles and the Prince and Princess of Wales’ Twitter account paid one last public tribute to the Queen.

The breathtaking snap, taken at Balmoral, shows the Queen on a walk on her adored estate.

The post also included a message, reading: “‘May flights of Angels sing thee to thy rest.’

“In loving memory of Her Majesty The Queen.”

Kate and Prince William’s social media account, on the other hand, shared a picture of the Queen’s coffin being carried by eight pallbearers.

This black and white snap also included a heartfelt tribute, reading: “Goodbye to a Queen, a mother, a grandmother and a great grandmother.”

The Prince of Wales will also respect the period of royal mourning, and is unlikely to fly to New York to attend, as it had been previously planned, the Earthshot Innovation Summit co-hosted by his organisation The Earthshot Prize.