Skip to content
HomeNewsChannel migrants latest: More than 500 crossings over weekend as boats head to Dover 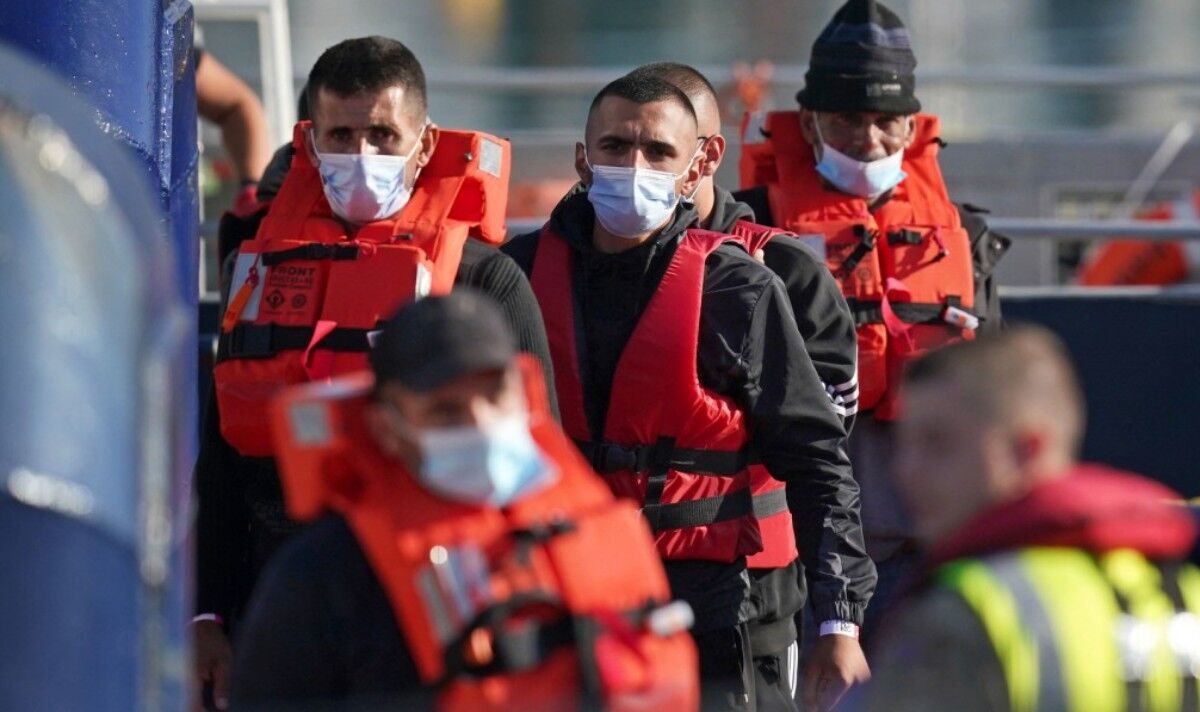 In total 513 people reached the UK after taking the dangerous route in 15 small boats on Saturday and Sunday with the vast majority being brought to shore in Dover. Numbers have continued to rise, despite the Government unveiling its Rwanda asylum partnership earlier this year which will see illegal immigrants arriving in the UK deported to the African country.

Ministers hoped that the scheme would help deter people from trying to cross the Channel to make it to Britain.

However, flights to remove those here without justification are yet to begin after the European Court of Human Rights intervened in June to block the first plane from taking off.

There are concerns that the number of people making the crossing will continue to rise until the policy is fully operational.

Ministers say people smugglers are exploiting the current pause on the policy to persuade vulnerable people they have just weeks to make it to England before the route is shut off.

The figures suggest the UK will quickly surpass the total 3,053 people rescued in August 2021.

MPs are concerned vulnerable people could die as a result of trying to make the crossing.

There has been added concern after at least 27 people died after their dinghy sank while trying to make it to the UK last November.

Both Mr Sunak and Ms Truss have vowed to see through the Rwanda policy if they become Conservative leader.

The former Chancellor said he would do “whatever it takes” to get the Rwanda plan “off the ground and operating at scale”.

Setting out her position last week, the Foreign Secretary said she would “support and extend” the scheme “to more countries”.

“We need to make sure that the appalling people traffickers don’t succeed in bringing small boats across the English Channel,” she said.

“I would support and extend the Rwanda policy to more countries but also I would make sure in British law that we can’t be overruled by the ECHR so we are able to protect our borders.”