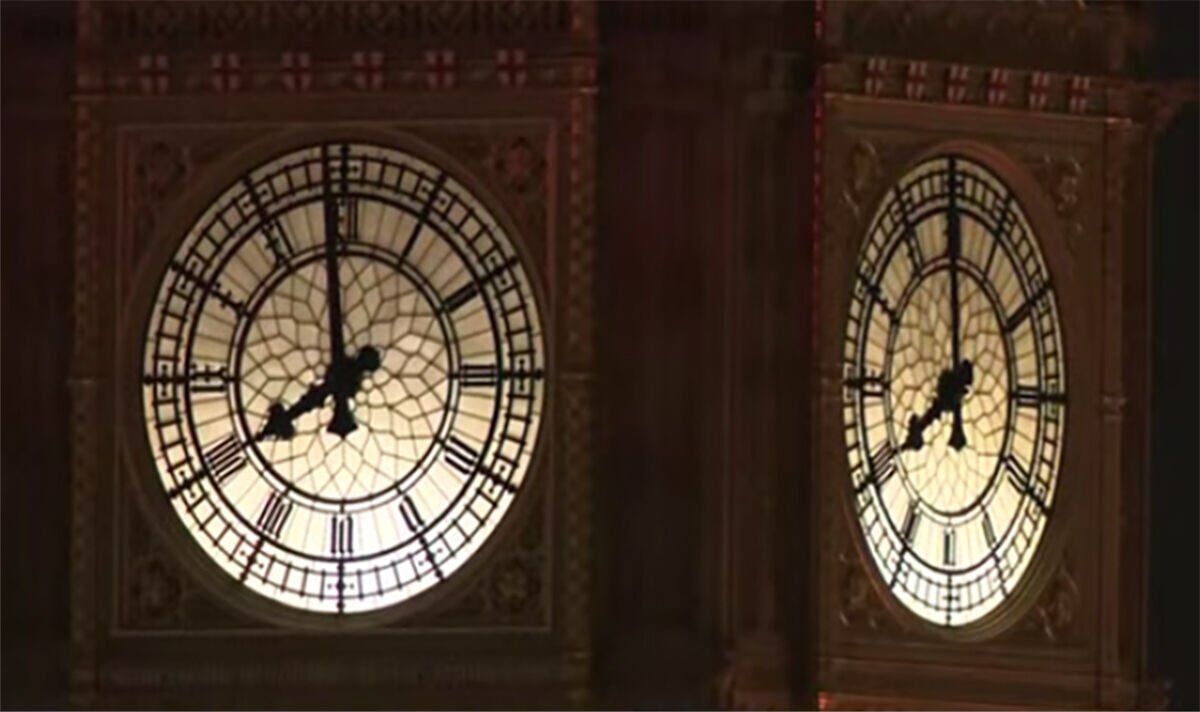 On the eve of her state funeral, a minute silence was held at 8pm to honour Britain’s longest-reigning monarch. Millions united together to pay their respects for the late Queen, who passed away “peacefully” at Balmoral, her annual Scottish summer home, on September 8. The late monarch was 96 at the time of her death.

Big Ben tolled to mark the beginning of the national moment of reflection at 8pm.

Prior to the minute silence, UK Parliament said that the bell would be struck once to mark the start of the minute’s silence.

It was also struck once more at 8.01pm to mark its end.

Big Ben will also ring on Monday, September 19 at one-minute intervals as the funeral procession departs the service.

A muffler will be used for the bell, which reduces the impact of the sound and creates a quieter tone.

READ MORE: ‘No hint of arrogance’: First Sea Admiral opens up about first meeting with Queen

The late Queen’s coffin will remain in Westminster Hall for the public to view until 6.30am on Monday.

The one-minute silence at 8pm on Sunday saw people invited to mark the occasion privately at home, on their doorstep or street, or at a host of community events and vigils.

The minute-silence comes shortly after Camilla, the Queen Consort paid a televised tribute to her late mother-in-law in a pre-recorded interview with the BBC.

She recalled her “wonderful blue eyes” and added that she will “always remember her smile”.

The Queen Consort added: “I can’t remember anyone except the Queen being there”.

In Falkirk, Scotland, at 7:30pm, a service of reflection was held to honour the late monarch.

Ninety-six lanterns, one for each year of the late monarch’s life, was lowered into the pool of reflection at the foot of the Queen Elizabeth II Canal.

Newly-appointed Prime Minister Liz Truss had an audience with King Charles III before she joined others, including world leaders and members of the Royal Family at the new king’s reception for visiting heads of state at Buckingham Palace.

On Saturday, King Charles and his eldest son, and heir to the throne, Prince William made a surprise visit to mourners in the queue to see the Queen lying-in-state.

During the visit, the pair chatted to the mourners, thanking them for their support and well wishes for the entire family.

While shaking hands with the royal mourners, William told them that it was “very emotional” being there.

Speaking of the Queen, William told the mourners that the late Queen “would never believe this, honestly”.