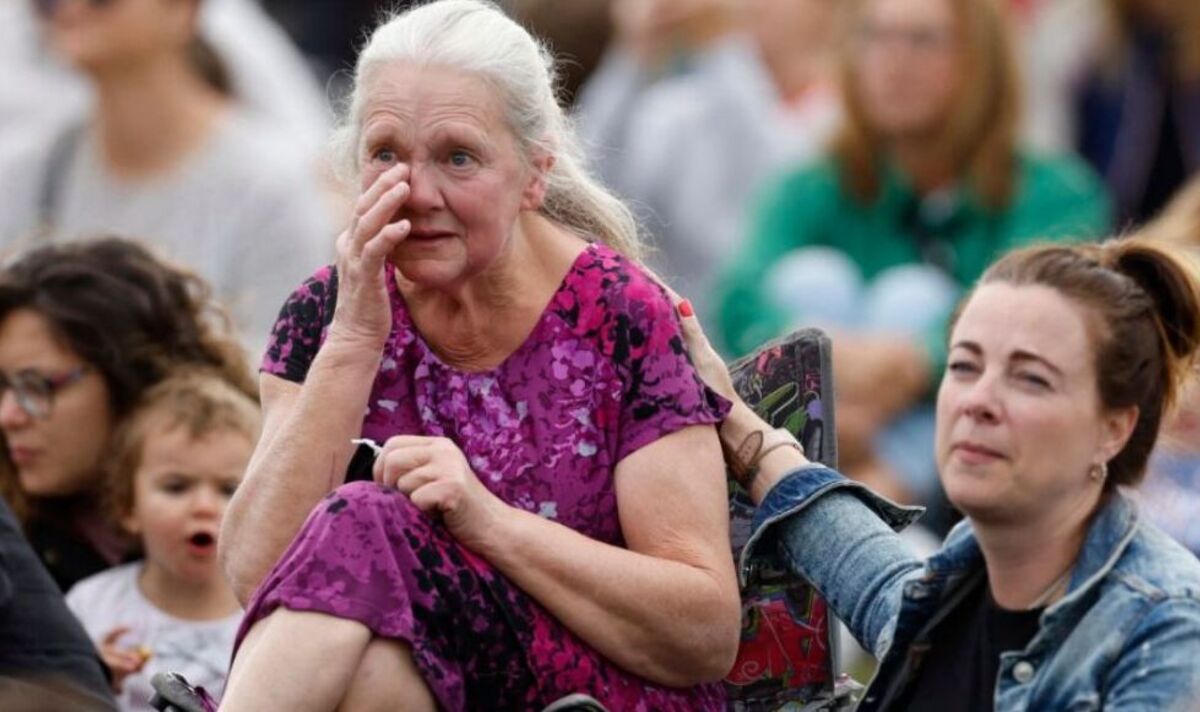 Britons from across the country observed two minutes’ silence in honour of the Queen. Royal mourners were seen silent reflecting on the Queen’s legacy after more than 70 years of reign. The silence was marked as the Queen’s funeral was ongoing in Westminster Abbey.

The two-minute silence in remembrance of the Queen was held at 11:58 am, at the end of the state funeral.

The start of the silence was signified by a short fanfare associated with military funeral.

Those attending the state funeral observed the silence, with millions of Britons across the UK.

The Queen’s funeral has now been brought to an end by the national anthem Reveille and a lament played by the Queen’s piper.

The King is now leading his family in a procession to Wellington Arch.