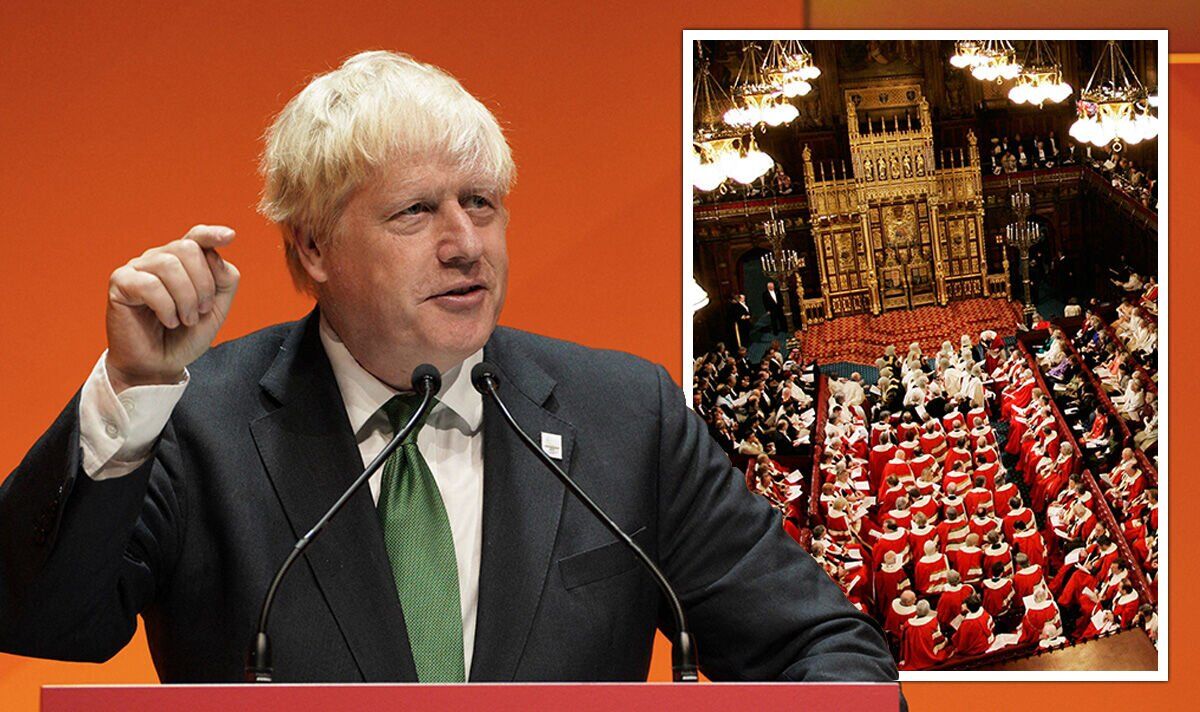 Boris Johnson resigned from his position as British Prime Minister and Conservative Party leader on July 7 following a wave of resignations making his position untenable. A Government source has since claimed there is a desire to see Mr Johnson be given a peerage.

The source reportedly said: “Definitely. Boris delivered Brexit. He’s taken us through Covid. People have gone into the House of Lords who have done far less. I would definitely support him getting a peerage.”

In response, Express.co.uk ran a poll from 6pm on Monday, July 25, to 9am on Tuesday, August 2, Express.co.uk asking readers: “Should Boris Johnson be honoured with a seat in the House of Lords?”

In total, 1,433 people responded with the majority, 64 percent (922 people), answering “yes”, Mr Johnson should be given a seat in the House of Lords.

Hundreds of comments were left below the accompanying article as readers discussed whether Mr Johnson should be honoured with a seat in the House of Lords.

Many were in support of him being given a peerage, with one reader, username West park commenting: “Perfect place for him.”

Username Denbe said: “Absolutely. Boris is far more deserving than most who sit in the House and has the most to contribute.”

And username Defence of the Realm said: “I can’t see why he shouldn’t have a peerage. Many worse than Boris sit in the Lords.”

Meanwhile, some readers said that he should not be given a seat in the House of Lords yet.

Username ​​u2canthandlethetruth said: “Not yet. He should be allowed to return back [to the role of Prime Minister] and complete the job of Brexit.”

Username laurie1 said: “Up to Boris. Suspect he may not want one. At least at this moment. Boris has a lot more to give in politics or elsewhere.”

Username Lelly wrote: He disgraced the office. Of course he should not get a peerage.”

While username KatMoi said: “No, the House of Lords needs to be abolished.”

And username Massum said: “No, the House of Lords needs removing altogether.”

During Queen Elizabeth II’s reign, seven former Prime Ministers have gone on to have seats in the House of Lords.

Most recently, Britain’s first female Prime Minister Margaret Thatcher was given a life peerage as Baroness Thatcher in 1992.