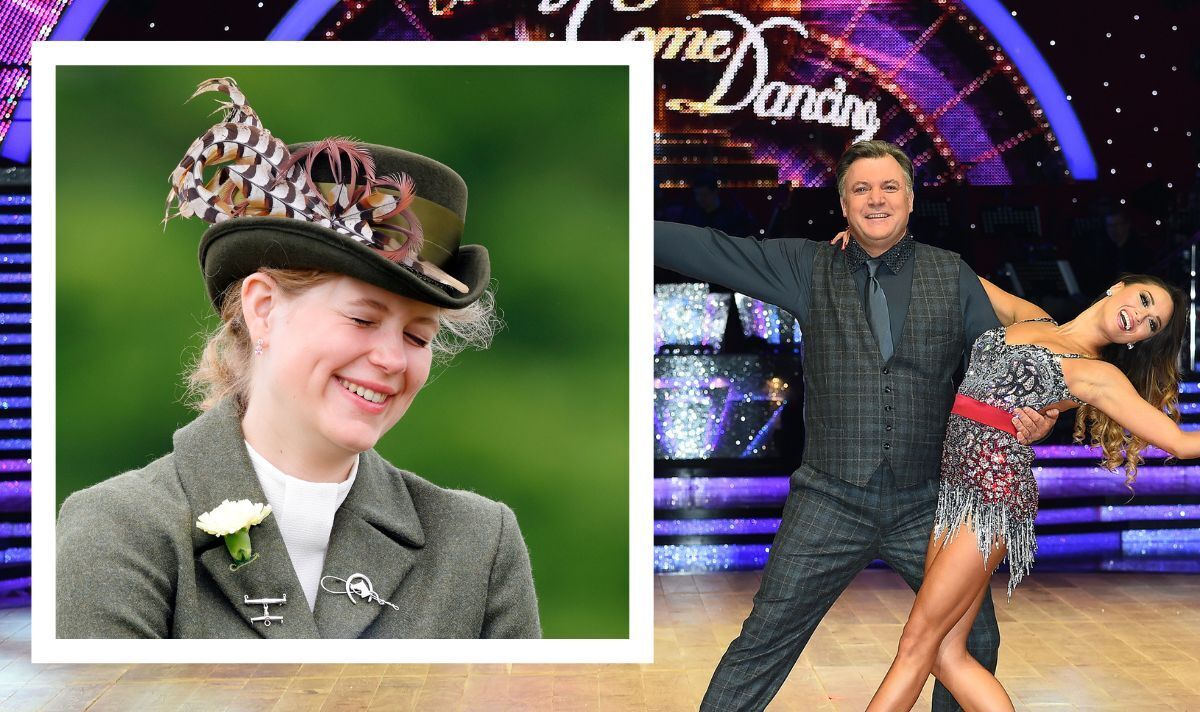 The Queen’s youngest granddaughter, Lady Louise, celebrated her birthday in style as she was given front row seats to her favourite television show, Strictly Come Dancing. However, it’s been revealed that the young royal may have broken the rules by attending the event.

Strictly contestant James Cracknell has previously revealed on This Morning that audience members must be 16 years old to be allowed into the studio to watch the show live.

The star said that his son, aged 15 at the time, had not been allowed to watch him dance as he was under the age limit.

Mr Cracknell joked that he hoped he would make it to week three as by then his son would be 16 years old.

Unfortunately, he was the first dancer to be voted out of the dancing competition.

Ms Daly said: “It was lovely to have them there, we are very fortunate we have a few fans in the royal household.

“They did absolutely [get a backstage tour]. Lady Louise was celebrating turning 15 and she said it was a treat to come and visit the show.

“She’s a big fan, herself and her mother. They enjoyed all the action from the front row and they had a great night. It was great to welcome them.”

It appears the royal teenager may have broken studio rules by attending the Strictly event in 2018.

Despite the unintentional rule-breaking, Lady Louise and Sophie Wessex were reportedly delighted to be in the audience and were seen cheering and clapping for contestants with huge smiles on their faces.

She said: “Camilla told me that herself and Charles enjoy watching the show on more than one occasion. She’s been down to visit the set… she loves the show!

“It was wonderful, she sat on the judging panel, held a pen and a paddle and got involved. She met all the crew. It’s an honour having royal fans amongst our viewers.”

Her Strictly Come Dancing was one of the handful of times Lady Louise has made a public appearance.

However, it was not the last time she appeared on television as last year she appeared in a BBC documentary to honour her late grandfather, Prince Philip.

She told the BBC that Prince Philip was an inspiration for her, as he encouraged her to take carriage driving lessons and also complete her Duke of Edinburgh award.

She said: “There was certainly an element of making my grandfather proud and honouring him by taking part in the award that has been so much of his life’s work. I definitely hope I have made him proud.”

Lady Louise has since paid tribute to her grandfather as in May 2022 she led a parade by driving a carriage which she inherited from her grandfather.