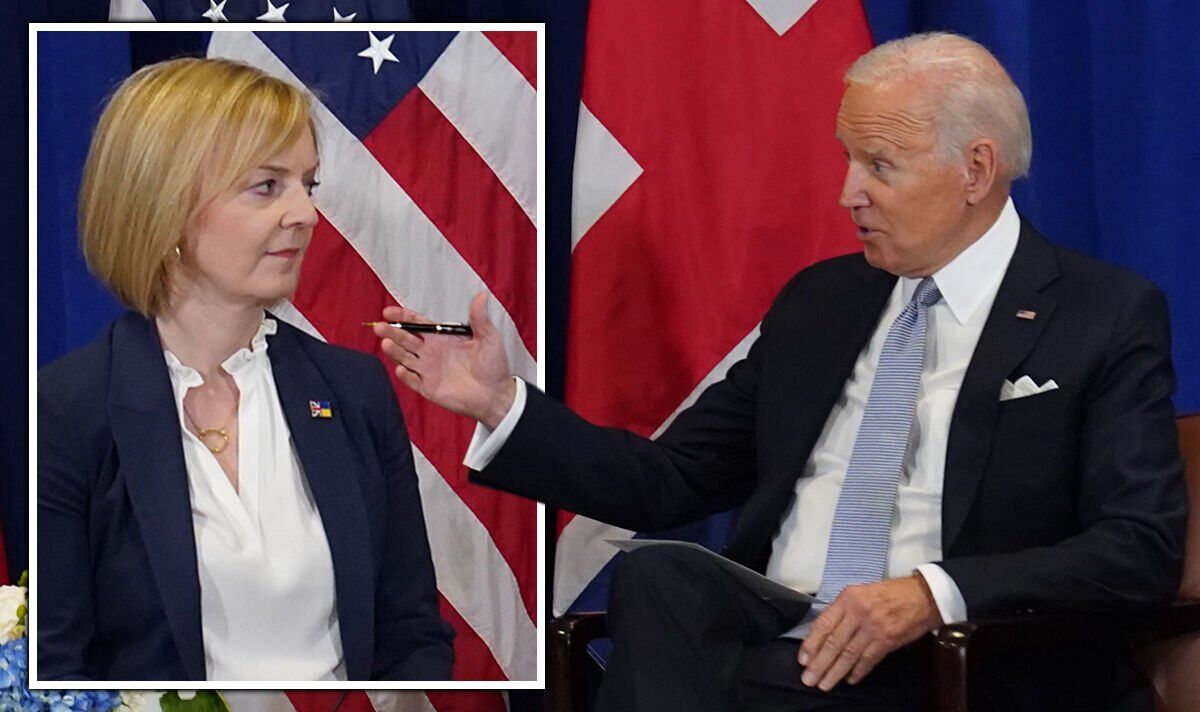 Liz Truss has been urged to stand up to “bully” Joe Biden over the Northern Ireland Protocol. The US President has voiced his disagreement over the Prime Minister’s bill which overrides parts of the Brexit deal.

“Never make concessions to bullies. Don’t concede anything on prospects for a US/UK trade deal.

“His chief ally in Congress will probably be out of a job post November according to polls.

“PM needs to stand her ground and tell Biden to back off.”

It comes after the US President told Ms Truss at the UN General Assembly that the Good Friday Agreement was of utmost importance.

After a meeting on Wednesday, Downing Street said that “the Prime Minister and President Biden both agreed that the priority must be protecting the Good Friday Agreement and preserving the gains of peace in Northern Ireland”.

However, there was no indication of agreement on how to do that after a conversation one senior US administration official described as “candid” to the Associated Press.

Ms Truss’ bill on Northern Ireland, introduced when she served as Foreign Secretary under Boris Johnson, aims “to fix parts of the Northern Ireland Protocol, restore stability and protect the Belfast (Good Friday) Agreement” according to the Government.

It overrides elements of the Protocol on the customs and movement of goods, regulation of goods, state aid, and application of EU law.

On June 15, the EU relaunched the infringement procedure against the UK for failing to properly implement the Protocol that it had paused in 2021.

It comes after the UK set a six month deadline on negotiations with the EU over the Northern Ireland Protocol.

According to the Telegraph, British officials hope a deal can be reached between the political parties to ensure Stormont is up and running before the 25th anniversary celebrations.

A Government source told the outlet: “What we want to do is protect and restore the Good Friday Agreement. And both of us [Britain and the US] are looking at the 25th anniversary next year as a key decision point, but the big obstacle to that being the lack of an Executive at the moment.

“The 25th anniversary is a key pivot moment, which is Easter next year. If you don’t have an Executive Assembly by then, that’s pretty bad all round.

“It’s an important place in the electoral cycle, for the Biden administration as well… So that’s the kind of primary focus which is an absolutely shared focus.”