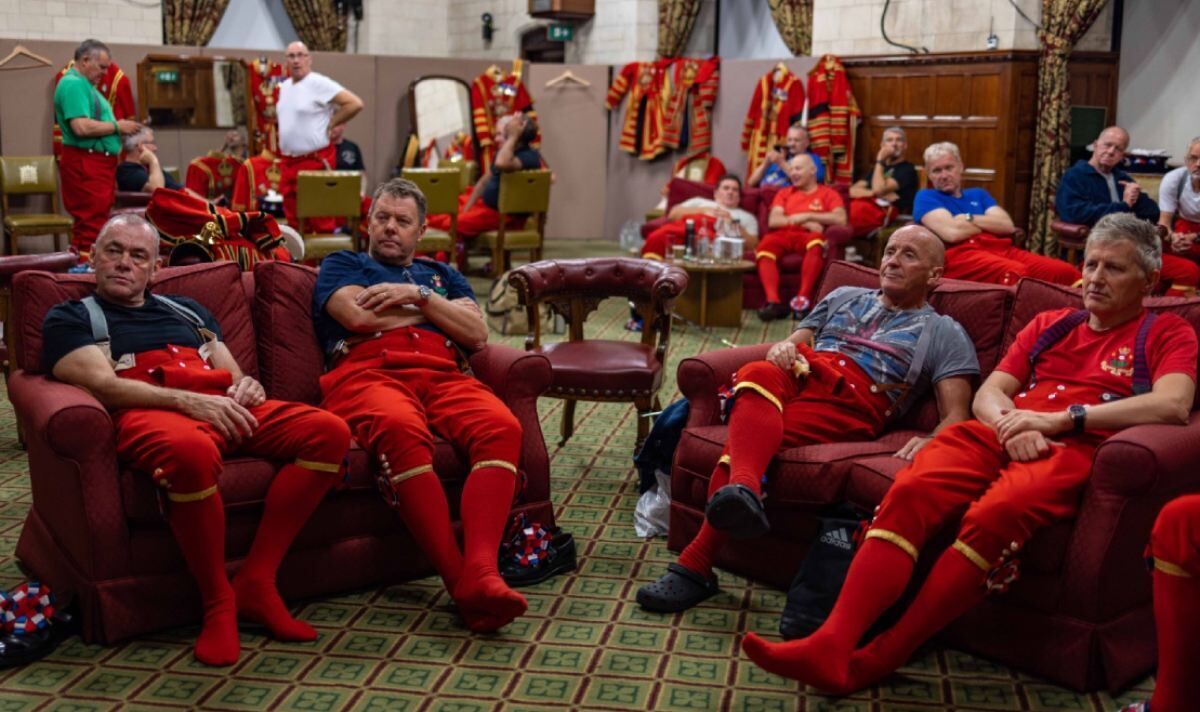 Beefeater guards who stood watch over the Queen’s coffin while she was lying in state have been pictured kicking their feet up and taking a well-deserved rest.

A behind the scenes picture at Westminster Hall appeared to show a number of guards without their jackets or boots.

One member of the Yeomen Warders was also pictured wearing crocs as he lounged back in his chair.

Nicknamed the ‘beefeaters’, the Yeomen Warders have been guarding the Tower of London since the reign of King Henry VII.

Westminster Hall was opened to the public on Wednesday to allow the public to pay their respects to the late monarch.

Beefeaters guarded the coffin both day and night as people came from across the globe to mourn the loss of the 96-year-old.

The Queen’s coffin remained at the oldest part of the Palace of Westminster until Monday when it was taken to Windsor for her official funeral with her family and world leaders attending.

Queues snaked for miles across London as mourners waited patiently for hours and sometimes even overnight to have their own small moment to bow, curtsy or pray.

During the lying in state, three ceremonial units stood at the edges and corners of the Queen’s coffin.

Alongside the beefeaters were also the Gentlemen at Arms and the Royal Company of Archers.

The coveted position has a strict entry policy, with guards being required to have served for 22 years in the military and also be expected to hold the Long Service and Good Conduct medal.

Salaries for the post start around £30,000 a year and come with a flat as many warders are expected to move into the Tower with their families.

On Friday, the Queen’s children joined the three ceremonial units for a special vigil.

King Charles led his siblings, Princess Anne, Prince Andrew and Prince Edward in their military uniforms for the event which saw the senior royals stand at the edges of the Queen’s coffin.

The following day, Prince William led another vigil together with the Queen’s seven other grandchildren.

Harry and William wore their military uniforms, while the other grandchildren wore black.