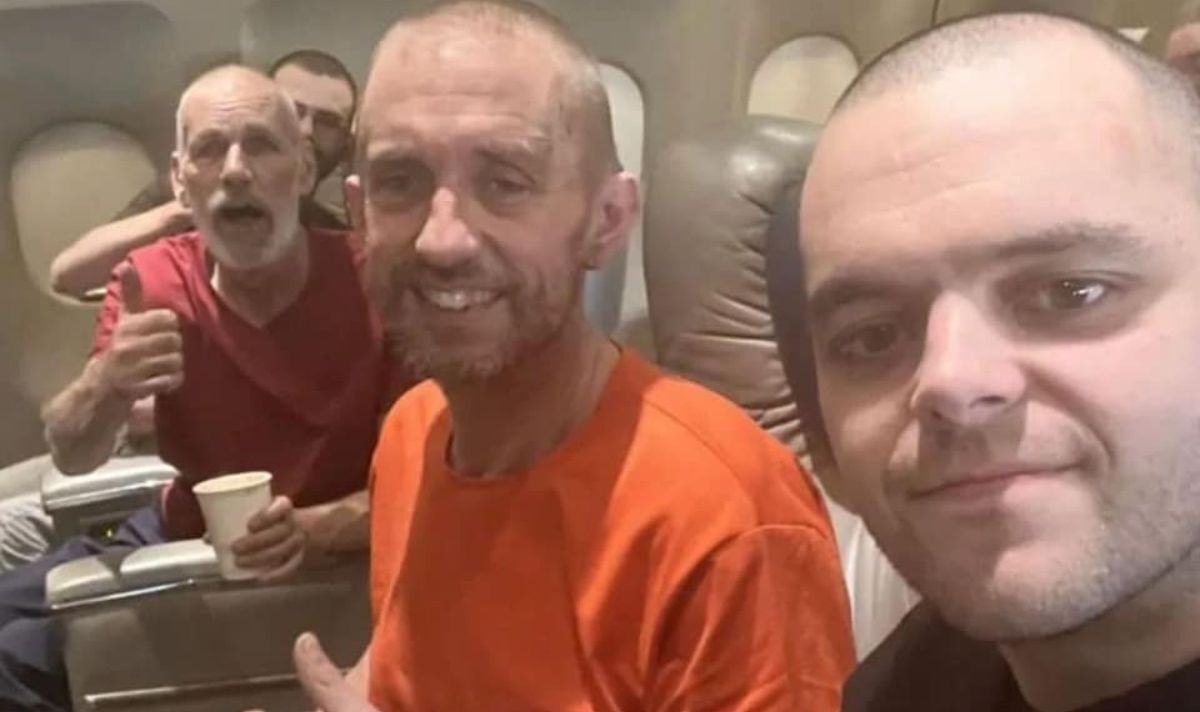 The mother of Aiden Aslin has spoken of her joy and relief at her son being released by the Kremlin following mediation by Saudi Arabia.

Angela Wood said her son was a “very brave man” as the 28-year-old left Ukraine after being convicted of terrorism by a Russian court.

Mr Aslin was freed on Wednesday night alongside four other British citizens as part of a deal made with Putin’s regime.

In total, 10 foreign prisoners were freed – five Brits, two Americans, one Swede, one Moroccan and one Croat.

Ms Wood told The Telegraph: “If it’s true it’s a big relief. If it’s all true I am very relieved. He [my son] is a very brave man. But I cannot comment at the moment.”

Originally from Newark-on-Trent, Mr Aslin moved to Ukraine when he met his wife Diane.

Russian proxies claimed he was a foreign mercenary when he was captured, while Kyiv and Britain insisted he should be protected under the Geneva Convention as a serving member of Ukraine’s armed forces.

Shaun Pinner, 48, was taken and released alongside Mr Aslin and both men sent a personal thank you message to those who had worked to free them.

Mr Aslin said: “We’re now out of the danger zone and on our way home to our families.”

“I am deeply grateful for the work undertaken by the Ukrainian government, the Saudi Crown Prince, @trussliz, @JamesCleverly and the dedicated civil servants working in the FCDO Detainees team to bring their horrific ordeal to a close.

“Aiden’s return brings to an end months of agonising uncertainty for Aiden’s loving family in Newark who suffered every day of Aiden’s sham trial but never lost hope.

Prime Minister Liz Truss said: “Hugely welcome news that five British nationals held by Russian-backed proxies in eastern Ukraine are being safely returned, ending months of uncertainty and suffering for them and their families.

“I thank Volodymyr Zelensky for his efforts to secure the release of detainees, and Saudi Arabia for their assistance.”