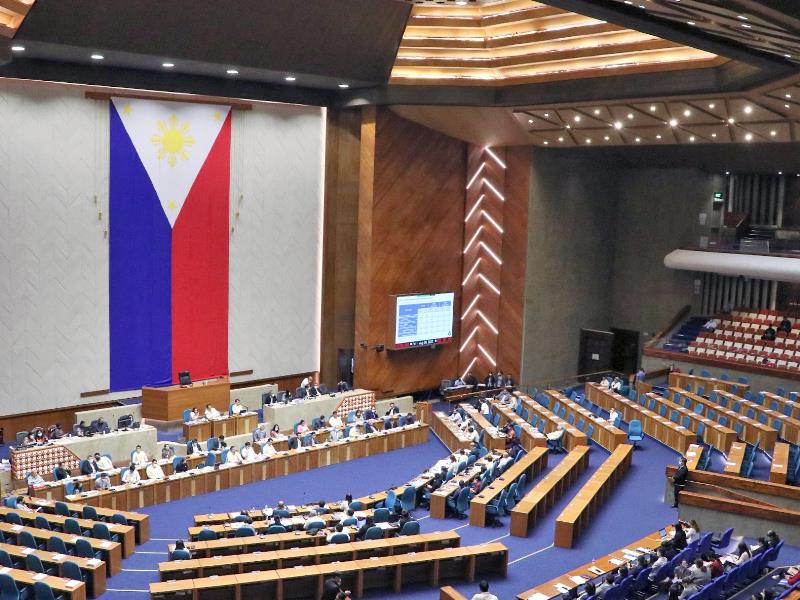 AS the plenary deliberations on the proposed P5.268-trillion national budget for 2023 started, sponsors of the 2023 General Appropriations Bill on Tuesday said next year’s budget is the first step in fulfilling the visions of the Medium Term Fiscal Framework (MTFF) to create more jobs and reduce poverty.

The House of Representatives on Tuesday started its plenary deliberations on the proposed P5.268-trillion national budget for 2023 as contained in House Bill (HB) 4488.

The budget—the first full-year budget of the administration of President Ferdinand “Bongbong” Marcos Jr.—intends to fund programs and projects that will transform the country’s economy towards inclusivity and sustainability.

“The pandemic has devastated our economy and left an indelible mark on the lives of the Filipinos. In 2020, our GDP contracted by 9.5 percent and the unemployment rate peaked at 17.6 percent. Inflation rate remains high at 6.3 percent last August, while 2021 poverty rate is at 18.1 percent,” Quimbo said.

“While we are beginning to recover as our positive GDP growth rates suggest, with a 7.4-percent growth in the second quarter of 2022, we still face risks moving forward, especially with the Russo-Ukrainian war,” she added.

At present, the country’s debt-to-GDP ratio is at 62.1 percent.

“We will endeavor to reduce this to 51 percent, increase revenues to P6.589 trillion, and reduce the deficit to only 3 percent of GDP by 2028.

By this time, the country is expected to be in the upper middle-income

category.  If external shocks such as geopolitical tensions and policy rate hikes in the US were absent, the challenge of economic recovery would have been easier. Nonetheless, these are recognized and factored into the framework of growth,” she said.

“The 2023 budget is the first step in fulfilling the visions of the MTFF to create more jobs and reduce poverty. House Bill No. 4488 or the 2023 General Appropriations Bill amounting to P5.268 trillion focuses on growing vital sectors of the economy,” said Quimbo.

Being constitutionally mandated to assign the highest budgetary priority to education, the government is investing P852.8 billion in the education sector next year, Quimbo said.

“This will fund the safe return to face-to-face classes, the construction and rehabilitation of school facilities, and the provision of educational assistance,” she said.

Quimbo said health spending is also an important pillar of the 2023 GAB.

“The total budget for the health sector is P301 billion, to be spent on medicines and vaccines, improvement of health facilities, healthcare worker benefits, and PhilHealth indirect contributions,” she said.

“These will help us achieve another MTFF goal: food security,” she said.

According to Quimbo, the government also plans to spend P512.2 billion or 9.7 percent of the proposed budget for social protection programs that include the Pantawid Pamilyang Pilipino Program, the ultimate solution to poverty.

Also, Quimbo said the government is setting aside P1.196 trillion or 5 percent of GDP for sustained infrastructure development that seeks to boost both physical and digital connectivity.

“While we may have different ideas on how to recover, as we debate today, we must all be guided by convergent principles and goals. We need to invest in our farmers. We need to enhance human capital. We need to grow our MSMEs, which are the backbone of our economy. We need to create effective networks of physical and digital infrastructure to ensure mobility and smooth flow of goods and services,” she added.

“By creating a vibrant atmosphere for business, small businesses develop, and investments come in. With more investments, jobs are created. And with more and better jobs come prospects for growth. That is the blueprint of our economic recovery,” Quimbo said.

House Committee on Appropriations Vice Chairperson Janette Garin said the 2023 national budget will be approved on the third and final reading on September 28.

On Tuesday, the plenary budget deliberations started with the general principles and provisions of the budget and the Development Budget Coordination Committee (DBCC).

However, Garin said the plenary debates, involving the DBCC, will not be terminated without the heads of Department of Budget and Management, Department of Finance and National Economic and Development Authority.

The economic team of the Marcos administration i with the President as part of the Philippine delegation to New York. They are expected to hold a briefing on the Philippine economy.

The plenary has also requested the presence of DBCC members before terminating its plenary deliberations on the budget.

In his sponsorship speech on the measure, Committee on Appropriations Chairman Elizaldy Co said timely approval of the General Appropriations Bill 2023 measure will be instrumental in improving the lives of more Filipinos and at the same time ensure their prosperity and advancement.

“It is now the responsibility of the House of Representatives through the Committee on Appropriations, where the General Appropriations Act originates, to pass a timely, responsive and inclusive budget for the Filipino people,” he added.

The 8-point socioeconomic agenda is an action plan for the immediate recovery of the economy from the lingering effects of the Covid-19 pandemic.

“The President’s budget message clearly underlines that the overall goal is to reinvigorate job creation and reduce poverty by steering the economy back to its high-growth path in the near term and sustaining its high, inclusive, and resilient growth in the long term,” he said.

In financing the budget, Co said the national government expects revenue collections in 2023 to reach P3.633 trillion or 15.3 percent of GDP. This is 10 percent higher than the 2022 programmed revenue of P3.304 trillion which is equivalent to 15.2 percent of GDP.

He said the P3.633-trillion revenue will fund about 69 percent of the P5.268 trillion programmed disbursements for 2023, obliging the national government to partly finance through borrowings about 31 percent of the expenditures.

“I request every member of this august body to join the members of the Committee on Appropriations in coming up with a collective decision and recommendation to approve this General Appropriations Bill for FY 2023, which authorizes the appropriations of P4.259 trillion for the operation of the national government, consist of P3.671 trillion in programmed new appropriations and P588 billion in unprogrammed appropriations,” he said.

“The timely passage of the General Appropriations Bill ensures the fulfillment of the administration’s Agenda for prosperity and economic transformation,” he said.