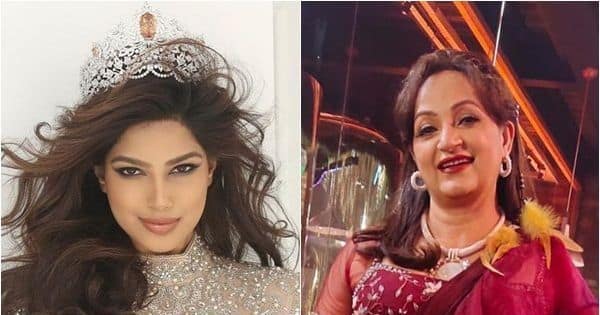 Miss Universe Harnaaz Kaur Sandhu has landed in legal trouble after Upasana Singh of The Kapil Sharma Show fame, filed a suit against her for allegedly breaching her contract. Harnaaz is all set to make her debut in the entertainment industry with a Punjabi film Bai Ji Kuttange, produced by Upasana Singh. Also Read – Happy Birthday Sunil Grover: Here are six famous characters of the funnyman that always make us ROFL

According to a report in news agency, Upasana has sued Harnaaz for not honouring a contract signed for the promotion of her upcoming film. Upasana said that she gave Harnaaz a chance in her film before she won the coveted title of Miss Universe in 2021. Also Read – Happy birthday Sunil Grover: When Shah Rukh Khan’s Jawan co-star was advised to not try roles apart from comedy; was told, ‘You have a funny image’

In her suit filed in the Chandigarh district court, Upasana has claimed that Harnaaz refused to give dates to promote Bai Ji Kuttange despite signing the agreement which assures that she is available in person and virtually with Santosh Entertainment Studio LLP. Upasana has sought compensation from Harnaaz for the damages caused due to her breach of contract. Also Read – Trending TV News Today: Dheeraj Dhoopar-Niti Taylor in Jhalak Dikhhla Jaa 10, The Kapil Sharma Show premiere date and more

Apart from Bai Ji Kuttange, Upasana said that she also gave Harnaaz a chance in her film Yaara Diyan Poo Baran. She said that she has spent a huge sum on her upcoming film. The film’s trailer was released on August 1 and it is slated to release in theatres on August 19.

Harnaaz brought back the Miss Universe title to India after 21 years. The title was previously held by Lara Dutta Bhupathi in 2000 and Sushmita Sen in 1994. A couple of months ago, Harnaaz was brutally body-shamed after gaining weight. She gave it back to the trolls and revealed that she has Celiac disease.