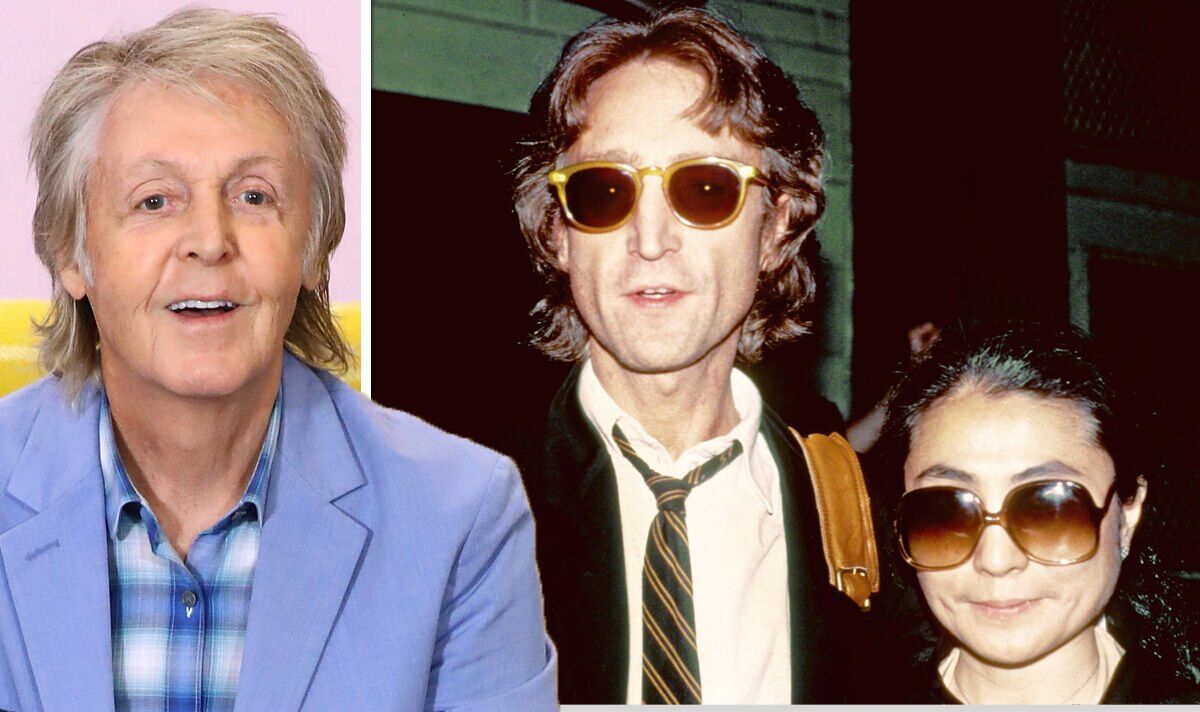 John Lennon and Paul McCartney grew up together in Liverpool in the 1950s. On top of loving music and performing, they had a strong connection as they both came from homes without mothers. Lennon’s was killed in a hit-and-run in 1958, while McCartney’s died of cancer two years prior in 1956. They spent all of their time together and started their first band, The Quarrymen, together before eventually going on to start The Beatles.

McCartney stood at Lennon’s side on 23 August 1962 when he married his first wife, Cynthia Lennon. But shortly thereafter, he knew it wasn’t meant to last.

Lennon’s first wedding was an extremely low-key event. It took place in the Mount Pleasant registry office in Liverpool with the rest of the Fab Four in attendance.

Lennon named the band’s manager Brian Epstein as his best man. But he insisted that Lennon kept the event quiet. No parents were invited at the risk of a media frenzy kicking off.

The couple did not go on a honeymoon, as that same night, The Beatles had to play a gig in Chester. So the group had a few drinks together and attended their concert.

The marriage only lasted for six years and ended when Lennon met Yoko Ono. But McCartney smelled the end of their nuptials long before anyone else did.

McCartney spoke candidly about Lennon and his relationship with his first wife, Cynthia, in 2018 on Sirius XM.

The Hey Jude singer revealed: “He’d found Yoko, and John loved strong women. His mother had been a strong woman, his auntie who brought him up was a strong woman, and bless her, but his first wife wasn’t.”

Lennon later married Ono a year later on March 20, 1969. They honeymooned in Amsterdam.

Ono was very involved in Lennon’s life, and frequently attended the star’s band practices and recording sessions. These facts left the band feeling a little replaced by Lennon’s new obsession.

Looking back, McCartney confessed: “Even though we thought: ‘Oh god, this is a bit intrusive,’ because she’d sit in on the recording sessions and we’d never had anything like that, but looking back on it, you think: ‘The guy was totally in love with her.’ You’ve just got to respect that.”

Ono was later blamed for “splitting up” The Beatles. McCartney eventually defended Lennon’s widow, instead pointing the finger directly at his childhood friend.

McCartney looked back: “I am not the person who instigated the split. Oh, no, no, no. John walked into a room one day and said: ‘I am leaving the Beatles.’ Is that instigating the split, or not?”

He noted that he felt as if Lennon was looking to “make a new life with Yoko”.

The songwriter added that Lennon was “always looking to break loose” from the band, anyway.