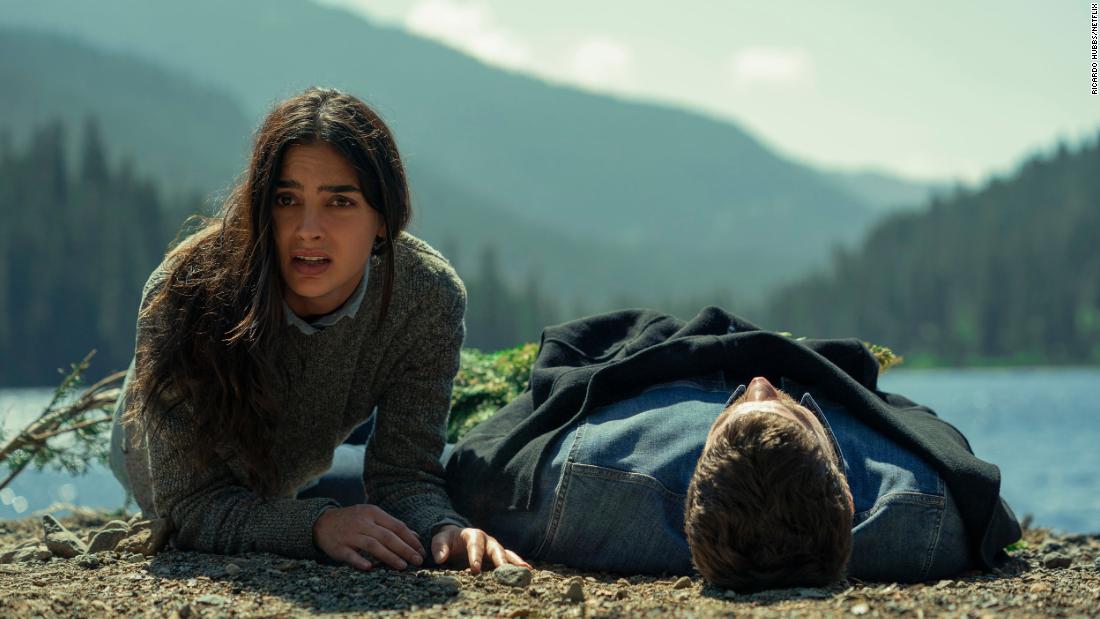 The six-episode Netflix show actually starts well enough, with Barrera’s Liv desperate to find a flight to Canada after hers is canceled and bribing her way onto a private plane that, no spoiler here, crashes into the Canadian frontier. Left alone, she must fight and claw to survive, finding food and discovering what bears do in the woods, before eventually seeking to rescue herself.
That’s all pretty compelling for a while, but then there’s the matter of why this New York lawyer was so hellbent on reaching her destination, and a series of flashbacks involving her coworker turned boyfriend (Jeff Wilbusch) and her complicated relationships with her parents.
The switching back and forth between adventure/survival stakes and the rather tedious personal drama leaves “Keep Breathing” gasping for air, as do some of the gimmicky flourishes used to essentially give Barrera — alone as she is — something with which to interact.
Produced by Martin Gero and Brendan Gall (who worked on “Blindspot,” another series about a female protagonist with a shadowy past), the episodes are relatively and mercifully short, with most running 30-some-odd minutes; even so, the show can’t entirely escape the common sensation of a movie concept stretched out to roughly twice that length.
Whether struggling to survive or exhibiting her workaholic side in the flashbacks, Barrera holds up her end of the bargain, but the writing simply doesn’t.
Once you start “Breathing,” there’s a curiosity about how it all turns out, especially since the time demands aren’t that daunting. That’s not an awful bargain, but if you’re waiting for it to get better, well, don’t hold your breath.
“Keep Breathing” premieres July 28 on Netflix.