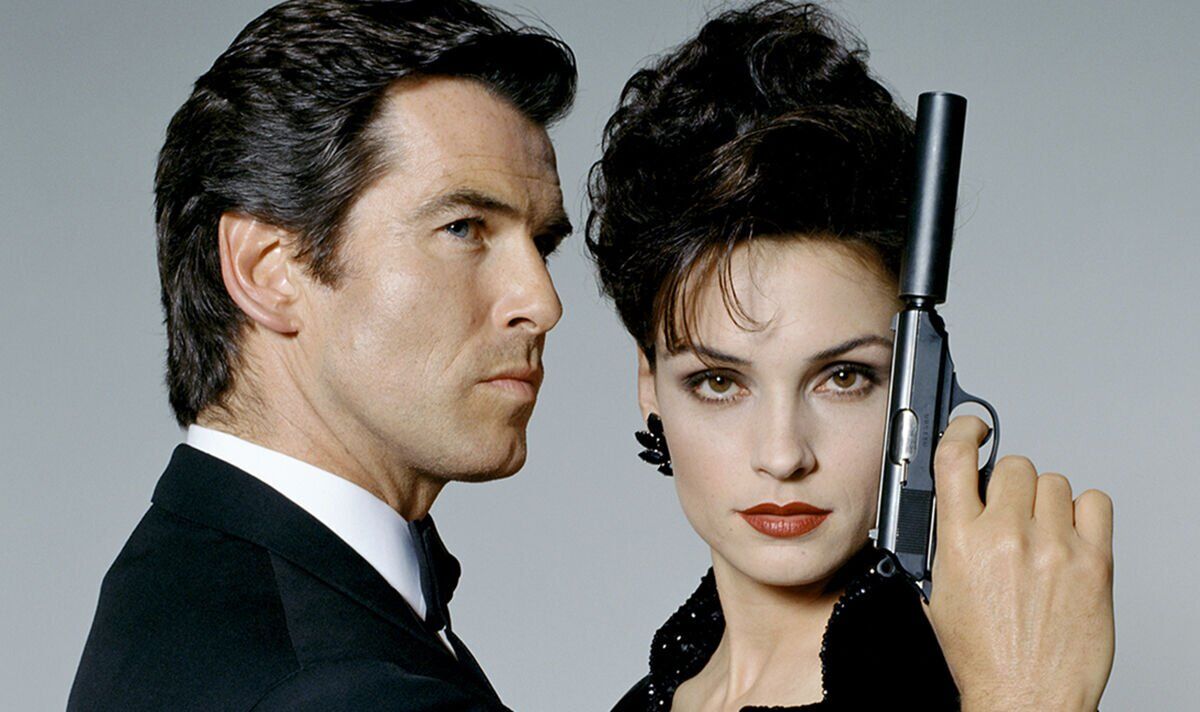 In 1994, Courteney Cox was offered the role but turned it down due to her scheduling conflicts filming Friends. Yet it wasn’t long before GoldenEye director Martin Campbell spotted his Xenia in Famke Janssen after seeing her early rushes for 1995’s Lord of Illusions.

The actress signed on to play the Bond girl, but later admitted she nearly had a heart attack reading in the script how her character killed her victims: by asphyxiating them between her thighs.

Nevertheless, the future X-Men star threw herself into the part, even breaking a rib during the sauna fight scene with Brosnan. It turns out Janssen had insisted that the Bond star run her into the wall as hard as he could believing the walls to be padded.

Janssen even performed some of her own driving stunts in the opening car chase between Bond’s Aston Martin and Onatopp’s Ferrari.

However, following GoldenEye’s release, the actress seriously struggled with being thrust into the Hollywood limelight.

Speaking with The Independent, the 57-year-old admitted: “The Bond movie dictated a lot of my relationship with the press… honestly, after GoldenEye, I felt like I was thrown to the wolves. It was just an onslaught of attention, good and bad and everything in between.”

Janssen added: “I feel incredibly misunderstood at times. It’s the dichotomy between the way I look and what is happening inside. But that comes with being in a Bond movie and playing this crazy assassin. All of my friends and family know that I’m goofy, and sensitive, and that I play these characters who are so different from that; other people probably think I’m just playing myself.”