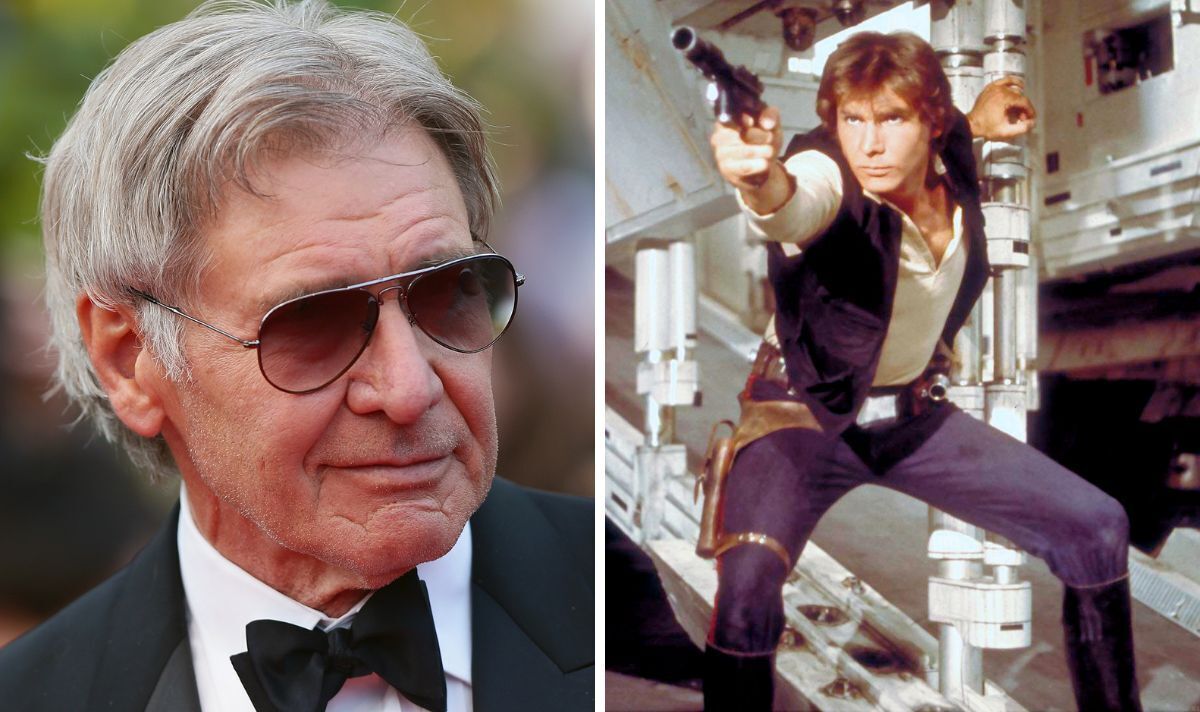 Harrison Ford is among Hollywood’s biggest names, earning huge acclaim and pay packets as a result of his featuring in some of the biggest franchises of all time, including Indiana Jones, Star Wars and Blade Runner. Through this, the 80-year-old has worked with the an array of celebrated directors and influential filmmakers, such as George Lucas, Francis Ford Coppola, Steven Spielberg, Ridley Scott, Peter Weir, Roman Polanski and Mike Nichols. During the Seventies and Eighties, Ford, who has been nominated four times at the Golden Globes, was perhaps at his most popular, as he stunned audiences on screen as Han Solo in Star Wars, and the titular roles in the Indiana Jones saga.

His appearance is often commented on, with Ford having seemed to maintain his youthful looks. But what is often unknown is how the Chicago-born legend got the scar on his chin which helps define his look.

According to a 2012 report by Little Facts, Ford got the scar, which has been remarked upon in his films, as a result of a car crash when he was 20 years old.

The Air Force One actor was reportedly “on his way to work at a department store in California one morning,” and started to “fumble with a seatbelt as he was driving”.

This saw the car “swerve and hit a telephone pole”, the report noted, and left Ford’s head to come down heavily on his steering wheel. Among the injuries he sustained was “the one on his chin”.

Ford explained separately that in the immediate aftermath of the incident, he “bled for quite a bit of time” before “he got any help”. The actor, who is a qualified pilot, also revealed that he “was fortunate enough to see an actor who came to his aid and drove him to the nearest hospital”.

According to The List, Ford said his scar was the result of “a fast car crash”, and described it as a “real mundane way of earning it”.

More recently it was revealed that he would be returning to his role as Jones for a fifth, and sadly, final time, with his inclusion in the series being released on June 23, 2023.

Ford, who was appearing as part of the D23 panel last weekend, confirmed that the film will simply be titled Indiana Jones, and while he addressed the gathered crowd, he became emotional describing it.

He heavily hinted that it would be Jones’ last, and said: “I’m delighted to be here again, and maybe for the… no, not me. This is it! I will not fall down for you again. But thank you so much.”

On stage, the legend was joined by his co-star, and Fleabag star, Phoebe Waller-Bridge, as well as the film’s director James Mangold. Those who turned out were treated to new footage from the movie, including the return of Sallah, John Rhys-Davies’ character.

Ford continued: “I’m very proud to say this one is fantastic and [Waller-Bridge] is one of the reasons,” Ford told the assembled crowd.

“Indiana Jones movies are about mystery and adventure, but they’re also about heart. I’m really, really happy that we have a really human story to tell, as well as a movie that will kick your ass.”

In an interview with Men’s Health, Boyd Holbrook, another star in the film, noted that Indiana Jones would be “bad ass”, adding: “I can assure you that it’s going to be badass.

“I got to see like half an hour of it when I went to LA, and I saw [director James Mangold]. You know, just look at his work: Ford v Ferrari, it’s gonna be fast, it’s gonna be badass, and it’s gonna have heart.

“All of his films have this emotional beat in them, but we’ve got this grand scale of Indiana Jones.”

During the filming of Indiana Jones, Ford became a real-life hero, The Sun reported in February, as he rushed to help a crew member who was believed to be having a heart attack on set.

A source said: “Harrison was standing just yards away and yelled for a medic. There was a huge amount of panic. The on-site first aider did CPR while they waited for an air ambulance and paramedics to arrive.”

Another crew member, Nic Cupac of the camera department, sadly died during filming, as he was found in his hotel room in the city of Fes, Walt Disney Studios confirmed to The Post.

He reportedly died of “natural causes”, with reports suggesting it was also a suspected heart attack.

A rep for the company told The Post: “Our hearts go out to the family and friends of Nic Cupac, an incredibly talented colleague and member of the film community who will be greatly missed. His sudden passing was not production related. Nic was a grip on 2nd unit.”