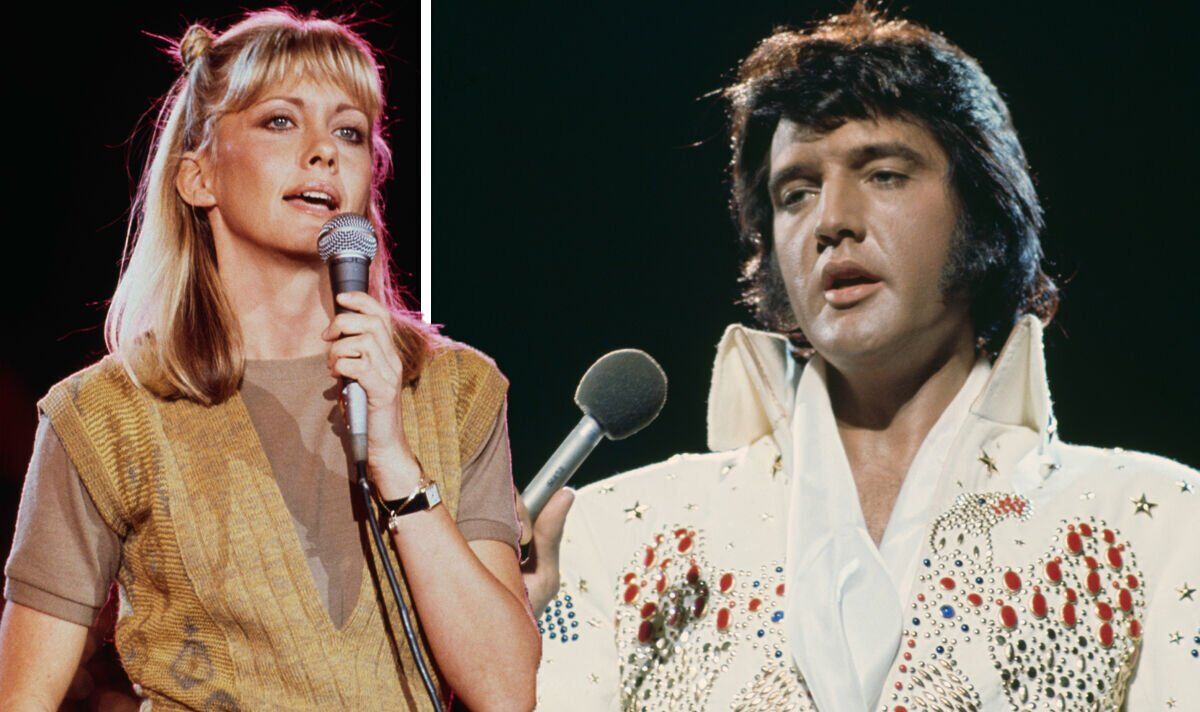 Earlier this week, on August 8, 2022, it was announced that Olivia Newton-John had died. The 73-year-old star lost her fight against breast cancer after a 30-year battle.

The actress and singer worked with countless A-listers from around Hollywood through the years, but she missed out on working with Elvis Presley just before his death.

In 1977 Grease was being filmed in California.

The movie introduced Olivia as Sandy opposite the legendary John Travolta as Danny Zuko.

Just months before Elvis died on August 16, 1977, he began looking back at his career. While he found pride ins his music he hated how his film career went. It was filled with slapstick romantic comedies that he never wanted to watch.

The universe answered his request, and producer Allan Carr offered the King an incredible role in Grease.

Elvis was supposed to sail in on a cloud and deliver the poignant song that reflected his own career.

The track’s first line even reads: “Your future, so unclear now, what’s left of you career now?”

However, Elvis eventually turned it down. It is not known exactly why he didn’t claim the role, but Allan couldn’t wait around.

The day Kleiser and the cast filmed the Sandra Dee song was August 16, 1977 – the day Elvis died.

Kleiser said: “It was all over the news, so everyone knew. We did this number, and everybody kind of looked at each other like: ‘Yeah, this is creepy.'”

Despite the fact Olivia never worked with Elvis on Grease, they were always intrinsically linked.

Olivia has a budding singing career before she was a powerful movie star.

Olivia was a massive fan of the King, and even saw him live in concert a few times.

She remembered seeing him perform: “He’s got a magic on stage, and I’d heard a lot of people saying he’s this and that, and I always wanted to make my own judgment of him, and he was magic as soon as he comes on stage-whatever he does, people will accept.”

She even performed his track, Jailhouse Rock, with Abba and Andy Gibb in 1978.