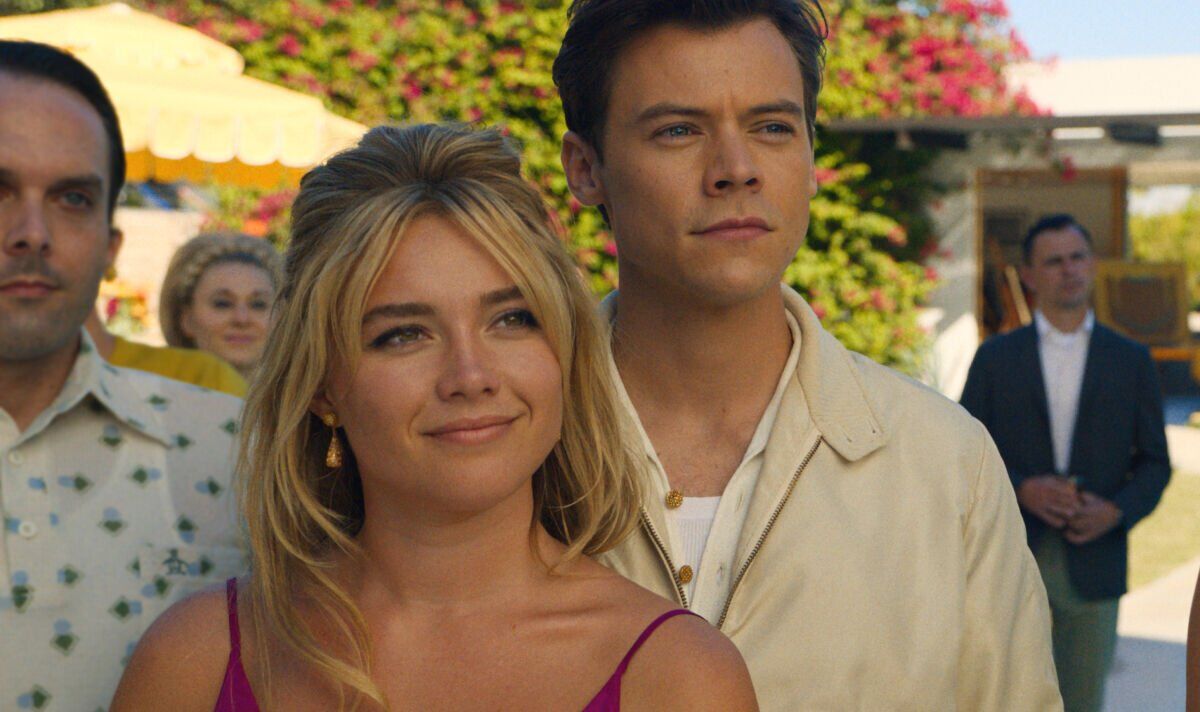 Sadly, there are no fresh ingredients in her half-baked follow-up. If you’ve seen The Truman Show or The Stepford Wives, you may feel like checking Don’t Worry Darling’s best-before date. The setting is a mid-20th century company town called Victory where sharp-suited menfolk drive into the desert to work on a top-secret project while their doting wives lovingly prepare dinner, clean, and eagerly await their return.

We can tell something is wrong with the place from the off but Wilde, who also plays acerbic housewife Bunny, gives us an early nudge by interrupting one married couple’s amorous encounter with a crockery-shaking earth tremor.

As Florence Pugh’s Alice will soon learn, questioning what is going on beneath Victory’s well-manicured lawns will overturn her domestic bliss.

And this is a film that rarely misses an obvious visual metaphor. When Alice dutifully cleans the windows of her modernist home, the pane crushes her against the wall.

When wrapping her husband’s sandwiches, she is overtaken by an urge to smother herself with cling film.

As the hubby is played by Harry Styles, fans of the pop dreamboat may deem suffering the occasional episode of unsubtle horror a price worth paying.

Styles is perfectly fine as dutiful company man Jack, although you wonder how he’d fare if his character had more than one dimension. But Pugh crackles as rebellious Alice who gradually builds up the courage to confront Victory’s smarmy chief executive (Chris Pine).

The film is beautifully shot and the costume and production design are faultless. But humourless dialogue, pedestrian pacing and obvious plotting mean there’s not much going on beneath the surface.