Skip to content
HomeEntertainmentDid Sushmita Sen hit back at trolls mocking her relationship with Lalit Modi? Check out the super hot, savage post 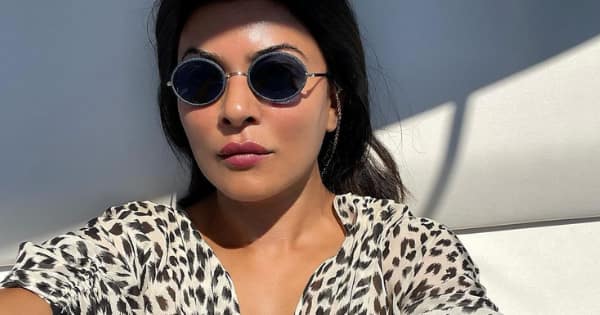 Sushmita Sen and Lalit Modi announced their relationship a couple of weeks ago. And the actress ever since has been making headlines for the same. Netizens had a lot to say about Sushmita Sen and Lalit Modi’s relationship. They also spoke about Sushmita’s former flame, Rohman Shawl. There were memes on them and the two of them were heavily mocked by everyone online. However, now, it seems Sushmita Sen has hit back at the trolls with a super hot and savage post. Also Read – Charu Asopa-Rajeev Sen marital crisis: Netizens troll the actress for flaunting desi look with sindoor on Ziana’s 9-month birthday; say, ‘Waise rishta toot chuka hai’

Sushmita Sen’s relationship with Lalit Modi was the biggest trend in the entertainment news in the last couple of weeks. While earlier she was trolled for her happy selfie, this time, it seems Sush has hit back at the trolls. In the previous post, netizens spotted liquor bottles in the background of the frame of his shades for which she was trolled. This time, Sushmita posted a selfie and picture from a yacht. Sushmita is seen in a black and white leopard print dress. In the second picture, she is sunbathing on the yacht. “The woman’s got an attitude!!! Yeahhhh, a really good one!!!” Charu Asopa also dropped a heart on her post. Check out the post here: Also Read – Shehzada actress Kriti Sanon, Tiger 3’s Katrina Kaif, Pathaan’s Deepika Padukone and more Bollywood actresses who got MOBBED by fans

After Lalit Modi announced a relationship with Sushmita Sen and all the trolling, Lalit slammed them and also the media portals. He penned a lengthy post saying that people can be friends and then if the timing is right, they can also fall in love. Lalit Modi’s relationship with his late wife Minal Modi was also discussed in the media. His past deeds of the alleged fraud cases and money laundering was also widely discussed in the media after his relationship with Sushmita Sen was made public. He wrote that he is the grandson of Rai Bahadur Gurjarmal Modi and that he bought money and did not take it. Also Read – Charu Asopa hints at her troubled marriage with Rajeev Sen; shares a divorce scene from Kiara Advani and Varun Dhawan’s Jug Jugg Jeeyo