Skip to content
HomeEntertainmentBlackpink: Jennie Kim’s cast member from The Idol reveals the diva gave 100 per cent despite being injured; fans pray for her recovery 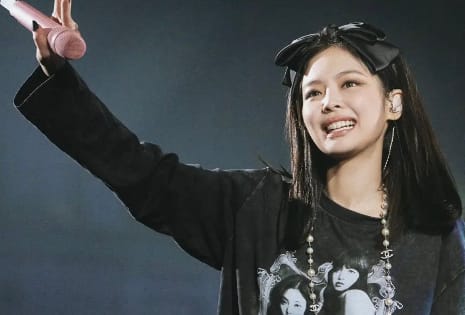 Blackpink rapper and vocalist Jennie Kim is a thorough professional. The top K-Pop girl gang is gearing up for a comeback in August. There is a lot of excitement for Born Pink. Plus, YG Entertainment has announced their world tour in October. Blackpink member Jennie has also made her Hollywood debut with The Idol. This is her debut. Jennie Kim went viral when the trailer was revealed by HBO. We can see her as a background dancer. The show is being made by the Weeknd, Reza Fahim and Sam Levinson of Euphoria. The Idol is being made for HBO. In the trailer, Jennie Kim was seen in a tank top and shorts. HBO later confirmed her presence with a picture. Also Read – Blackpink’s Lisa promises to educate herself after being called out for cultural appropriation in Money dance performance video

Blackpink fans were surprised to know that Jennie Kim worked hard despite an injury. This has been revealed by Chelsea Fuji who was also a part of the project. She said that Jennie Kim gave it her all though she was super busy, and has a super strict schedule from Korea. As we know, this comeback is huge for YG Entertainment so it is a given that they did want all the four girls for every activity. Fans have thanked Chelsea Fuji for looking after Jennie Kim during the shoot of The Idol. Fans are now trending for her recovery. Take a look at the tweets…

jennie is really very hardworking she’s injured again still she’s trying her best for cb and the idol that’s shows how inspiring she’s im so proud to be your fan jennie kim please respect her she deserve every right to be treated by love she deserve so much get well soon jennie:)

According to dancer Chelsea Fuji, Jennie was injured and despite being very busy due to her busy schedule, she worked very hard while filming The Idol series. She mentions that Jennie danced and she did amazing!

The Idol stars Lily Rose Depp in the lead role along with the Weeknd. This is going to be Jennie Kim’s debut as an actress in Hollywood. The rapper is a brand ambassador for Calvin Klein. Jennie Kim is one of the most popular K-Pop idols abroad.