Skip to content
HomeEntertainmentArjun Kapoor and Malaika Arora maintain distance while they get clicked at the airport; netizens massively troll them for their weight and height 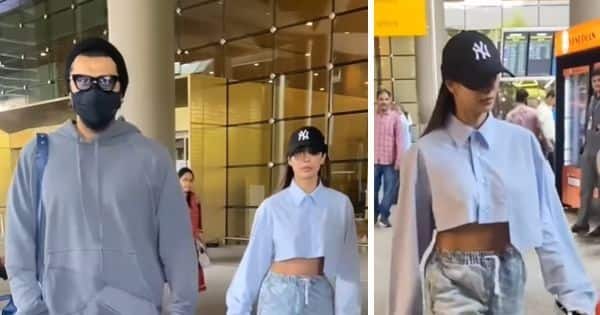 Arjun Kapoor and Malaika Arora are the soft targets for the trolls. The couple gets trolled for anything and everything. Arjun and Malaika, who are often picked for being in love despite the age difference, were spotted at the airport heading to the airport. This time they maintained a distance between each other and didn’t behave like a couple walking hand in hand more. Arjun and Malaika got badly trolled for waking separately as they were curious to know if there were a fight between and later, the couple got body shamed as they mocked Arjun for gaining weight again and Malaika was picked for her height as she skipped her high heels.

Arjun and Malaika get mercilessly trolled every time

Arjun has been working immensely hard to maintain a fit body by fighting all the challenges that he faces on his journey of weight loss even today. The Kapoor boy left his fans impressed with his look in Ek Villian Returns and received a lot of appreciation for his HOT BOD transformation. While Malaika is the diva that despite all the negativity around her on social media doesn’t let herself get bogged down and leads her life beautiful and is an inspiration to her loved ones.

Just recently the lovebirds made an appearance at Manish Malhotra’s fashion week event and made heads turn with their style. But what grabbed my attention was how Malaika turned the cheerleader for her beau Arjun Kapoor who walked the ramp. Malaika player the perfect girlfriend for Arjun on his special day, from getting the moments captured for the memory of a lifetime. Arjun and Malik have been dating for more than 4 years now and the couple will soon reportedly get married too. However, till now, there is no official statement from the lovebirds on their marriage.